‘He did not say anything about NRC in West Bengal. I have clarified its not needed in WB,’ she also said. 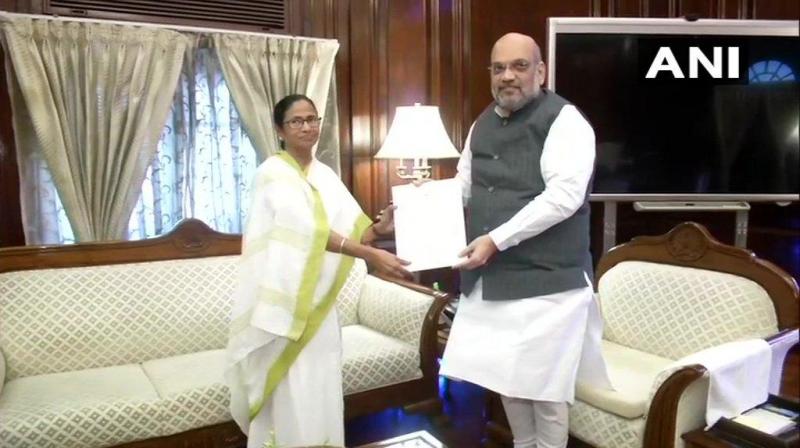 “I handed over a letter to him (Amit Shah), told him that of the 19 lakh people left out of NRC, many are Hindi speaking, Bengali speaking and local Assamese. Many genuine voters have been left out. This should be looked into. I submitted an official letter,” Mamata Banerjee was quoted by ANI as saying.

She was also quoted as saying that, “He did not say anything about NRC in West Bengal. I have already clarified my stand that NRC is not needed in West Bengal.”

“Had a meeting with Amit Shah, hadn’t met him since he took over as the home minister,” Banerjee told reporters.