The Congress vice-president states that the PM has given 60% of India’s wealth to 1% of its population at the Jaunpur rally. 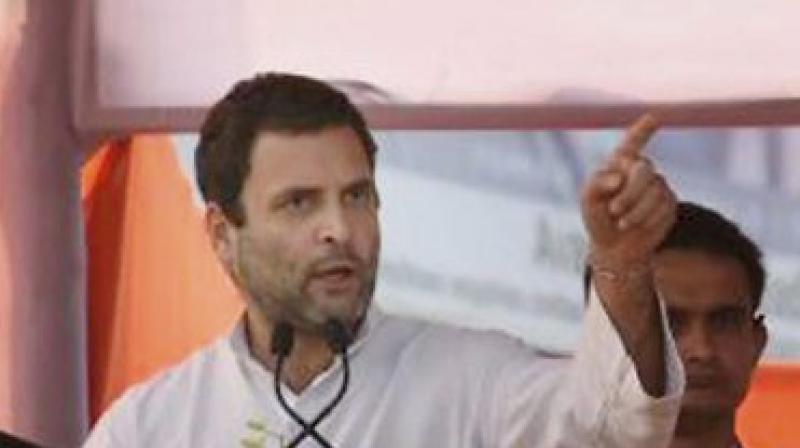 Jaunpur: Congress vice president Rahul Gandhi on Saturday said demonetisation was not against black money or corruption, but against the poor.

"The decision made on November 8 was not against black money or corruption, but against farmers, the poor," said Rahul Gandhi while addressing a rally in Jaunpur.

"Demonetisation drive is not a surgical strike, but a fire bomb on the common man," he added.

He further said that 'Modi Murdabad' slogans will not be raised at Congress meetings, as Narendra Modi is the Prime Minister and they will defeat him politically.

"When I asked him to the wave off the loan of farmers, he did not answer my question," Gandhi said, adding that Prime Minister Modi was only waving off the loans of the rich people.

The Congress vice president has been strongly opposing demonetisation. He had earlier claimed that he had some 'information' of the PM's 'personal corruption' which he will only reveal in the Lok Sabha and termed demonetisation as 'Modi-made disaster'.