My fight is against big fish: Narendra Modi

Prime Minister Narendra Modi said on Sunday that no government must discriminate on the basis of religion and caste. 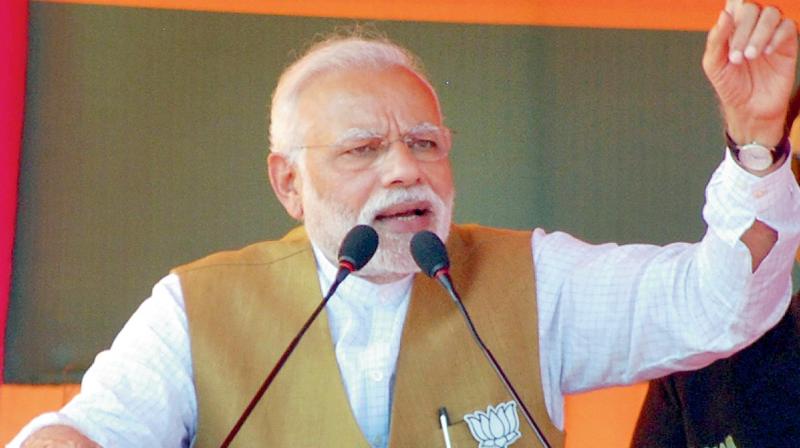 PM Narendra Modi during a rally in Fatehpur. (Photo: PTI)

Lucknow: Prime Minister Narendra Modi said on Sunday that no government must discriminate on the basis of religion and caste.

“Sabka saath, sabka vikas is our mantra. Ramzan me bijli aati hai to Diwali me bhi aani chahiye (if there is electricity during Ramzan, then it should be made available during Diwali, too). There should be no discrimination,” he said at a rally in Fatehpur.

Referring to the demonetisation drive, the PM said, “I don’t hide things. I always put my problems before the public. You are my high command. If I reduce the prices of medicine, don’t you think the manufacturer would be angry and disappointed with me? Wouldn’t they think of ways to hurt me? In times like these, who will protect me?”

He continued: “On November 8, I jolted the nation. People who had black money (stacked) will speak against me, conspire against me, but I did this for the common man. My fight is against the big fishes, not against those who work with dedication. I am sure I have the blessings of the common man.”

He lashed out at the Samajwadi Party, saying its government was “least concerned” about improving the law and order situation in Uttar Pradesh. “Why is the policing system so inefficient in UP? Why are complaints not registered?  The Supreme Court had to intervene to get an FIR registered against SP leader Gayatri Prajapati who is facing charges of rape,” he said.

Taking a dig at the Samajwadi Party-Congress alliance, Mr Modi said “the SP has insulted Ram Manohar Lohia by joining hands with a party that has looted the country.”

“SP thought it would fool the people but it forgets that the public knows it all. The exile of development in UP must end and the state must keep pace with the rest of the country,” he said.