Over 1.94 crore voters across the state are entitled to exercise their franchise to choose representatives for 10 corporations on Feb 21. 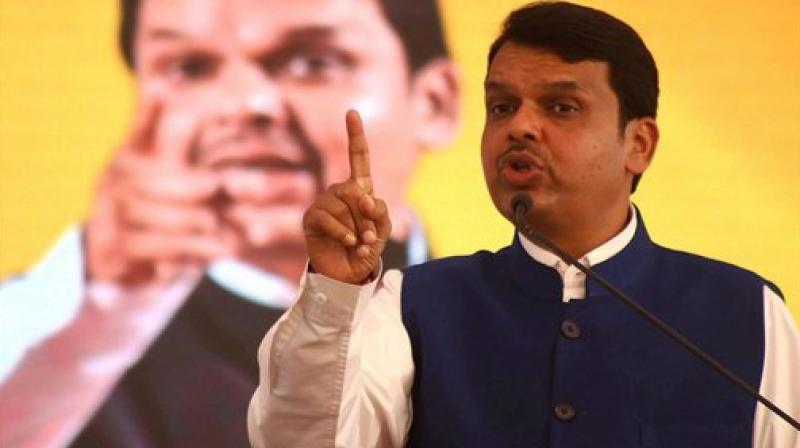 Mumbai: The Shiv Sena on Monday said its support to the BJP-led government in Maharashtra was "temporary" in nature and that the future of Chief Minister Devendra Fadnavis "remains uncertain".

The fresh attack on the Chief Minister came a day ahead of the crucial civic polls, campaign for which was marred by mudslinging by the state's ruling coalition partners.

"The Chief Minister is going around giving assurances about Mumbai everyday at a time when his chair depends on the support of the Sena. His own future remains uncertain, yet he wants to change the future of Mumbai. He should not forget that temporary support has been given by Sena only to let Maharashtra remain stable," an editorial in the party mouthpiece Saamana said.

"If developmental works have been done in the last two-and-a-half years (since the government came to power), he would not have been forced to go begging for votes," it said.

"The CM talks of removing the intestines of the corrupt. In that case, his own corrupt cabinet ministers should be cautious because he may go after them in an uncontrollable manner," it said.

Meanwhile, Yuva Sena chief Aaditya Thackeray, in a veiled attack on the BJP, said some candidates of a particular party had been indulging in a misinformation campaign by running a fake exit poll and through trolls on social media as a desperate attempt.

"Some have even stooped so low to forging a letterhead and signature of an MP with another exit poll. Such jumlas are an absolute shame," he added.

The high-voltage campaign for civic polls in Mumbai and nine other cities across Maharashtra sharpened the BJP-Shiv Sena rift, casting a shadow over the stability of the Fadnavis government.

Dubbed as a mini Assembly election, over 1.94 crore voters across the state are entitled to exercise their franchise to choose representatives for 10 city corporations on February 21.

On the same day, 11 Zilla Parishads will go to the polls.

The first phase of the polls in 15 Zilla Parishads was held on February 16.

The electioneering assumed an unusually shrill pitch in the final phases largely due to the no-holds-barred attack on each other by the BJP and the Sena, fighting the civic polls separately for the first time in over two decades.

The Congress, NCP and the MNS are also in the fray.