UP elections: CM leads from front as 61.16 per cent cast votes 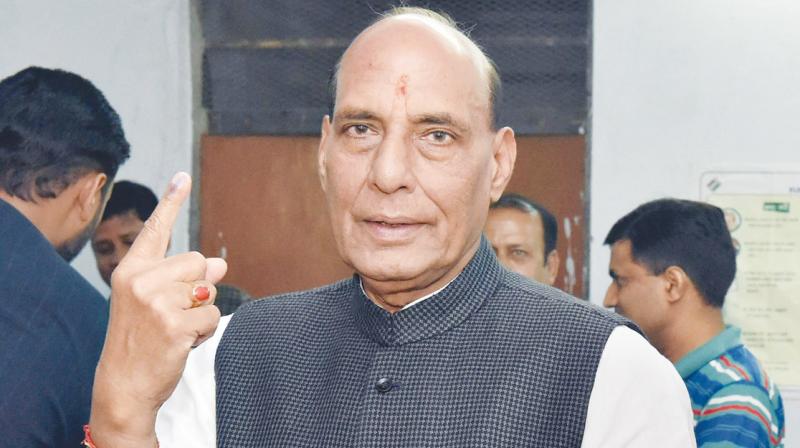 Speaking to reporters, chief electoral officer T. Venkatesh said the highest polling was recorded in Mehmoodabad in Sitapur (72.4 per cent) while Kanpur Cantt recorded the lowest turnout (50.01 per cent).

Mr Venkatesh said that in some constituencies, voters had first boycotted polling in protest against the lack of development but local officials persuaded them into taking part in the polling process.

Mr Mulayam Singh Yadav’s younger daughter-in-law Aparna Yadav is locked in a battle with Rita Bahuguna Joshi of BJP on the Lucknow Cantt seat, while his nephew Anurag Yadav faces challenge from Swati Singh of BJP on Sarojini Nagar seat.

Earlier, top leaders of almost all political parties cast their vote with the chief minister coming out to exercise his franchise with his wife Dimple Yadav, herself an MP, in Saifai in Etawah’s Jaswant Nagar. The CM’s father also cast his vote in Saifai.

The CM told reporters that the people of the state have made up their mind in favour of the SP-Congress alliance and after this phase, half of the elections would be over. He claimed that the alliance has taken a lead in the first three phases and the momentum would continue in the remaining phases.

Asked whether he feared sabotage from within the party, Mr Yadav said, “There are no chances of this as a large number of people are coming to vote. We will win more seats than we won in previous (2012) polls.”

Replying to a question about the prospects of uncle Shivpal Yadav in the elections, the chief minister said that he wanted all party candidates to win.

His wife Sadhana Gupta Yadav told reporters that Akhilesh and Prateek were like her “two eyes” and she was pained to read reports about differences in the family.

BSP president Mayawati and Union home minister Rajnath Singh also cast their votes in Lucknow. “Like Congress and BJP, I am not making baseless statements. The way in which people are attending my rallies, I can say I am going to form the next government and we are winning over 300 seats,” Ms Mayawati claimed.