Wrap-up: A week of turmoil in Tamil Nadu

The Palanisami government sailed through the trust vote on Saturday. 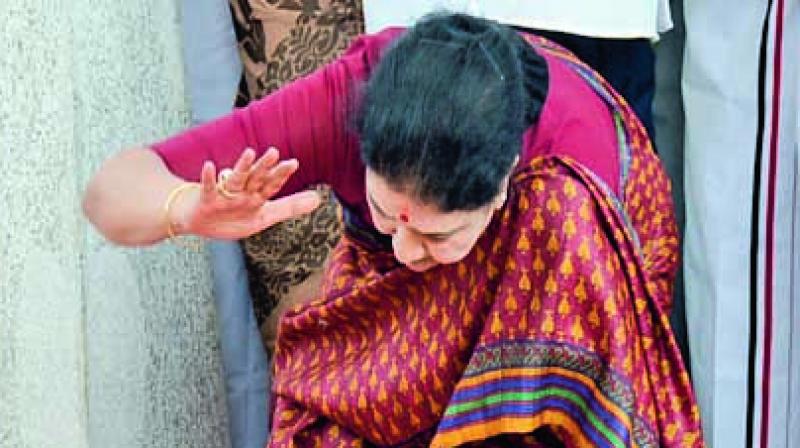 In true filmy style convicted V.K. Sasikala took a triple vow at the Jaya memorial before driving off to the Benglauru prison to complete the remaining part of the jail term.

Last week, in a huge setback to the political ambitions of AIADMK general secretary V.K. Sasikala, the Supreme Court found her guilty of corruption in the Rs 66-crore disproportionate assets case and sentenced her to a  four-year imprisonment.

Following this, Edappadi K. Palanisami, a loyalist of Sasikala, was elected the Legislature Party Leader while in-charge chief minister O. Panneerselvam was sacked from the party.

Meanwhile, Governor Ch Vidyasagar Rao, who proved his critics wrong, invited Palanisami to form the government. The Palanisami government sailed through the trust vote on Saturday. Palanisami brought the confidence vote forward to within 48 hours of his swearing-in, keeping his flock intact against the politically charged moves of Panneerselvam, and the combined onslaught of a DMK-Congress opposition. The duty of keeping the legislators together devolved upon the strongman of western TN.

By choosing him as her proxy, the Sasikala-led faction had also showed political shrewdness as the Gounders form a sizeable chunk of the ruling party’s claim to the 122 members supporting the Chief Minister. But the question arises over long-term stability, which is what the AIADMK may have lost in the death of its charismatic leader J. Jayalalithaa.