The meeting lasted for around five minutes. 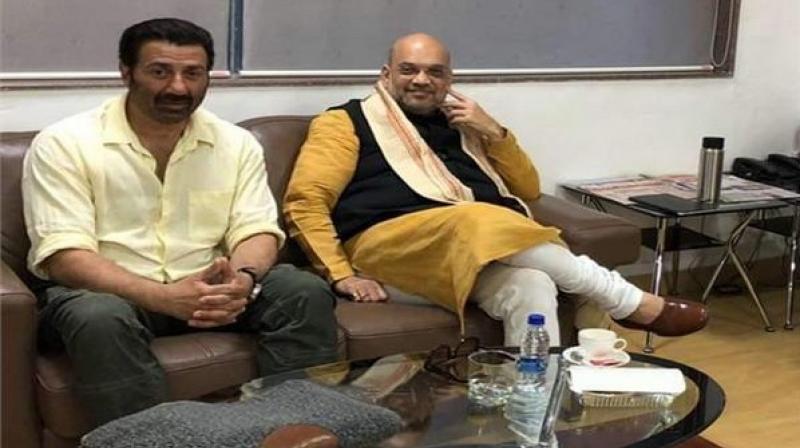 The meeting which lasted around five minutes sparked speculations that the BJP might field the actor from Amritsar Lok Sabha constituency.

Yogesh Gogawale, BJP district president, Pune while talking to ANI confirmed that the meeting between the two was scheduled but refused to divulge the details of the conversation.

“It was a scheduled meeting. I don't know what conversation took place between them,” Yogesh told ANI.

“Amit Shah came to Baramati as per the scheduled programme. When he was at the airport, Sunny Deol was also there. He met Amit Shah for five minutes,” he added.

BJP had fielded its senior leader Arun Jaitley from Amritsar Lok Sabha seat in 2014. However, Jaitley lost to Captain Amarinder Singh of the Congress.

The seat was won by Navjot Singh Siddhu in 2004 and 2009 on a BJP ticket.
Siddhu was reportedly miffed at being denied a ticket from Amritsar in 2014.

In fact, this is said to be one of the key reasons behind his decisions to quit BJP.
The former cricketer had joined Congress just before the Assembly polls in Punjab.

All 10 seats of Punjab will go to polls in the last phase on May 19. The results will be announced on May 23.