BJP has broken the idea of India, hurt the nation's soul: Sam Pitroda

Pitroda said Gandhiji had taught about some fundamental values."Truth, this government is all about lies. 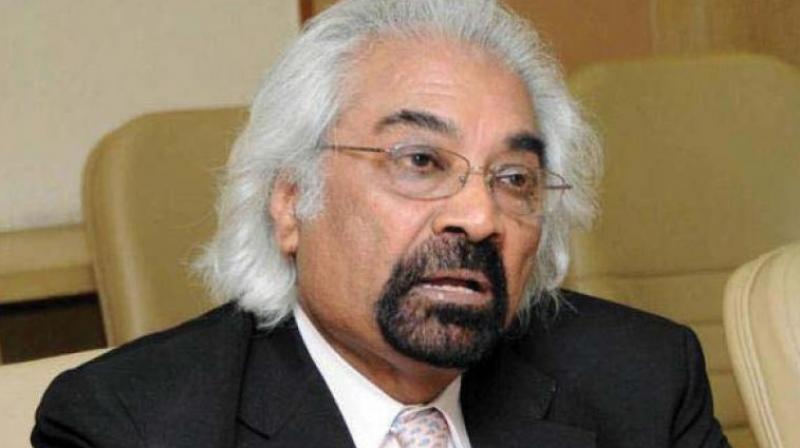 Pitroda, a long-time Gandhi family adviser, also attacked Prime Minister Narendra Modi, alleging that he was 'lying to the country day in and day out'. (Photo: File)

New Delhi: The BJP government has "broken the idea" of India and has "hurt the soul" of the country, Congress leader Sam Pitroda said Saturday.

Pitroda, a long-time Gandhi family adviser, also attacked Prime Minister Narendra Modi, alleging that he was "lying to the country day in and day out". "Today we are fighting one of the biggest battle of ideas," the technocrat-turned-politician said while addressing the Congress Gyan Samvad here. "When Prime Minister Narendra Modi says, 'India did nothing for 70 years', I want to remind him and his colleagues, 'India did hell of a lot'. I feel sorry for you that you don't see it, that you don't respect the talent and hardwork a large number of people put in, and it's an insult to our own country," Pitroda said.

Pitroda recalled that when he said something about the Balakot airstrike, the prime minister had started tweeting and ministers started speaking. "Congress leaders started calling me saying, 'What did you say', and I said, I said the truth. I asked a question and I am entitled to ask a question. Just because I asked a question, you can't label me that I am not a nationalist. "We lose that courage and get sucked into public opinion. My daughter said, they will harass you and what happens if they put you in jail. I said, 'You come and meet me in jail'," the chief of the Indian Overseas Congress said.

Pitroda said Gandhiji had taught about some fundamental values."Truth, this government is all about lies. Trust, there is no trust on anybody. Love, it is hate. Inclusion is exclusion. Diversity is uniformity. This bothers me. I cannot see PM of a country lying to people day in and day out," he said.

Pitroda said vice chancellors of universities should be given all the freedom but they don't have it."Somebody in the ministry decides what you do. Then why have a VC? You have to give them autonomy, freedom and there should be focus on accountability. This government has broken the idea of India and destroyed the core of India and hurt the soul of India," he said.

He urged first-time voters to not take the elections lightly and said students should ensure that this government does not come back to power. "Big promises were made in 2014. We will make 100 Smart Cities. How many were made? Zero. We will create 100 million jobs. How many? Zero,negative. Everything that was promised has not been delivered," Pitroda alleged. "You (Modi) told the people that you will bring black money back but nothing happened. You demonetised and killed small and medium scale businesses. You introduced GST and hurt small and medium scale industries. "You took money away from education and you hurt India's future. Science and technology is on the back-burner because you always look at the past as if you have eyes at the back. People like me worry about our children's future, our national future. We are in a position to exercise our vote and say enough is enough," he said.

Today, everyone asks about religion. In a country where such a question is asked that country "cannot flourish, cannot give jobs, cannot encourage entrepreneurs and cannot invite investments", Pitroda said.