Prasad is now in direct contest with Sinha, the two-time BJP MP from Patna Sahib, who has been made a candidate by the Congress this time. 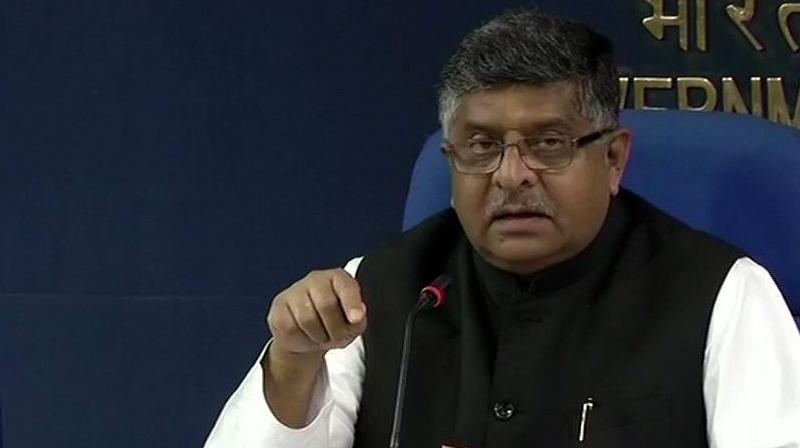 Ravi Shankar Prasad also claimed that the 'opportunistic alliance' of the opposition parties in Bihar has disintegrated as RJD leader Tejashwi Yadav did not share stage with Congress president Rahul Gandhi in his rallies. (Photo: File)

Prasad, BJP nominee for Patna Sahib parliamentary seat, also claimed that the "opportunistic alliance" of the opposition parties in Bihar has disintegrated as RJD leader Tejashwi Yadav did not share stage with Congress president Rahul Gandhi in his rallies.

The union minister is now in direct contest with Sinha, the two-time BJP MP from Patna Sahib, who has been made a candidate by the Congress this time.

Talking to reporters, Prasad said he would not name his rival during the entire electioneering. To a query about Sinha favouring Akhilesh Yadav as the prime ministerial candidate, Prasad said, "You better ask this question to the Patna Sahib MP. He has been an MP for 22 years. He has now gone to a new party. He should tell you what is the yardstick for commitment in the new party."

Sinha, despite being a Congress candidate, has said in a television interview that he sees the SP leader as the prime ministerial candidate.

Shatrughan Sinha was a Rajya Sabha member for two terms between 1996 and 2008.

However, his relation with the party's leadership has been bitter for the past few years.

The disgruntled MP has publicly criticised Prime Minister Narendra Modi a number of times during this period.

The 'mahagathbandhan' in Bihar has disintegreted as RJD leader Tejashwi Prasad Yadav did not share the stage with Congress president Rahul Gandhi during his rallies in the state on Saturday, Prasad claimed.

"It was an opportunistic alliance and it has disintegrated", he alleged.

The two leaders - Rahul Gandhi and Tejashwi Yadav - "who are out on bail are not sharing the stage. This shows that these leaders have come together only to oppose Modi and nothing else", he said.

Gandhi and Yadav have secured bails in the National Herald case and the IRCTC scam case respectively.

The NDA has the strong leadership of Narendra Modi with clear policy and intention to build a strong India, the minister said.

Prasad claimed that he had played a major role in bringing Metro Rail and smart city projects to Patna and promised to effectively implement the central govenrment's schemes in Patna, if he elected from Patna Sahib.

Speaking on the occasion, Bihar minister Nand Kishore Yadav of the BJP said the people of Patna Sahib felt cheated by the activities of Shatrughan Sinha and they will elect Prasad in record margin.