‘Rohit Shekhar upset over political career not taking off,’ says his mother

On April 15, the mother-son duo returned to Delhi. While Shekhar went to his house in Defence Colony, Ujjwala went to Tilak Lane. 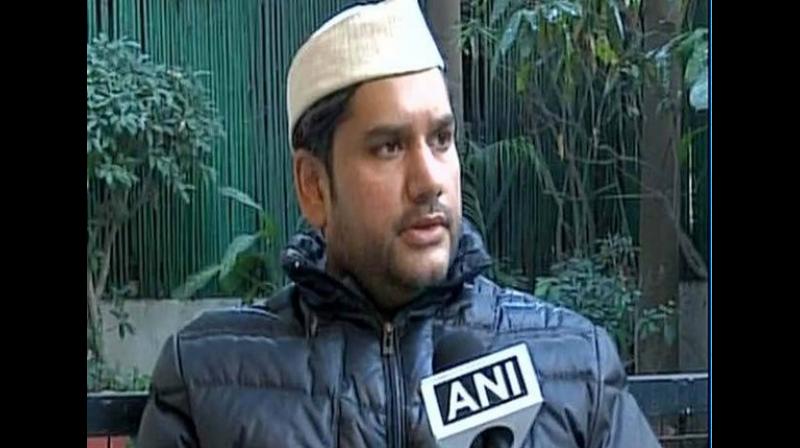 Rohit Shekhar did not share a cordial relationship with his wife and was apparently upset over his political career not taking off, according to his mother. (Photo: File)

New Delhi: Rohit Shekhar did not share a cordial relationship with his wife and was apparently upset over his political career not taking off, according to his mother. She also said Shekhar had recently visited the place where his father, former union minister ND Tiwari, was cremated.

The Delhi Police on Thursday filed a case of murder into the death of Shekhar, hours after his autopsy report stated that he died of asphyxia due to strangulation. The case has been transferred to the crime branch for investigation.

"It is shocking to learn that my son was murdered. What do I say? Let the mourning end. Why was Rohit not woken up when he was sleeping till 4 pm (on Tuesday)?" said his mother Ujjwala.

She said Shekhar, 40, and his wife did not share a cordial relationship and "they had issues since day one of their marriage".

Shekhar and his mother went to Haldwani to cast their vote on April 11. They were supposed to return to Delhi on April 12, but changed their plan after Mr Shekhar said he "wanted to meet his people".

"Shekhar said he wanted to meet his own people and visit the place where his father was cremated - Chitrashila Ghat (in Ranibagh). We stayed in a small resort in Ranibagh. After visiting the ghat, we went to Neem Karoli baba to seek blessings," she said.

"He said to me, 'why's my (political) career not taking off? Even those who don't have experience and are not capable enough are getting tickets. I will seek blessings of the baba so that I can take my father's political legacy forward'," she said.

On April 15, the mother-son duo returned to Delhi. While Shekhar went to his house in Defence Colony, Ujjwala went to Tilak Lane and returned later.

"When I came back, I asked Apoorva (Shekhar's wife) about him, she told me 'he was tired, so he had dinner and went to sleep'. Meanwhile, Shekhar came down and said he was exhausted," she said.

She also recalled telling him that he should take rest as he recently underwent a bypass surgery. "Some media reports said he was drunk, but he did not look like he was intoxicated," his mother said.

Ujjwala said she left for Tilak Lane at 11:30 pm that day and returned at 2 pm the next day but could not meet her son. "I had severe pain in my thumb, so I immediately took an appointment at Max Hospital. Before leaving, I asked Apoorva about Shekhar. She told me he was sleeping and I thought I shouldn't disturb him," she said. "I trusted Apoorva and did not question her as to why was Shekhar sleeping till so late," she said.

"Apoorva and Shekhar got married in 2018. It was a love marriage. Before that, they were seeing each other for a year," Ujjwala said. "They even took a break in between. Shekhar maintained distance from her and said he did not want to marry her. After elections in March 2017, we took a flight and came to Delhi," she said.

The Crime Branch officers on Saturday questioned Mr Shekhar's family members, including his wife and house staff at their Defence Colony home.

Shekhar's father-in-law said, "My daughter cannot do something like this. When I got to know about his death, I came down here. Police are probing the matter and soon we will know how he died."