AAP has alleged the opposition parties have planned attempts to gerrymander with EVMs a day or two ahead of the actual counting on May 23. 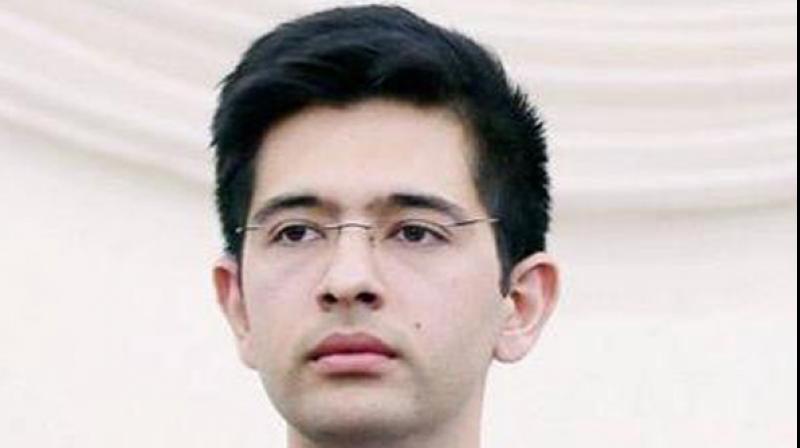 'Alarming as it may be, this would not be the first time such an attack on the electoral process would take place,' Chadha said. (Photo: ANI)

AAP has alleged the opposition parties have "planned attempts to gerrymander with EVMs a day or two ahead of the actual counting on May 23."

"I have strong reasons to believe our political adversaries will attempt to open strong rooms housing EVMs and manipulate or replace the machines as a handful of such incidents in the past have been witnessed," AAP's south Delhi candidate Raghav Chadha stated in the letter to Arora on Monday.

"Alarming as it may be, this would not be the first time such an attack on the electoral process would take place," Chadha, also a national spokesperson of AAP, has further stated in the letter.

"You may recall the municipal elections of 2017, at which time, specifically in a ward falling within South Delhi parliamentary constituency, strong rooms were violated and seals had been broken prior to the day assigned for counting," reads the letter.

"In addition to the already appointed Election Observer whose role is to oversee the entire electoral process, we request the ECI to appoint another independent observer whose sole focus shall be to maintain a watchful eye on strong rooms and ensure safety and security of EVMs. Until the declaration of results, the observer must ensure safe custody and integrity of EVMs."

"We request the CRPF security at Jijabaji Institute, where South Delhi's EVMs are housed, be tightened. It is further requested that additional CRPF personnel may be deployed to keep a watch over the strong rooms round the clock."

All seven seats in the city-state went to polls on May 12 during the sixth phase of seven-phased Lok Sabha polls. In South Delhi parliamentary constituency, Raghav Chadha is faced with BJP's sitting MP Ramesh Bidhuri and Congress' Vijender Singh. The counting of votes will take place on May 23.