BJP President Shah has invited the key leaders of NDA and will be meeting them over dinner. 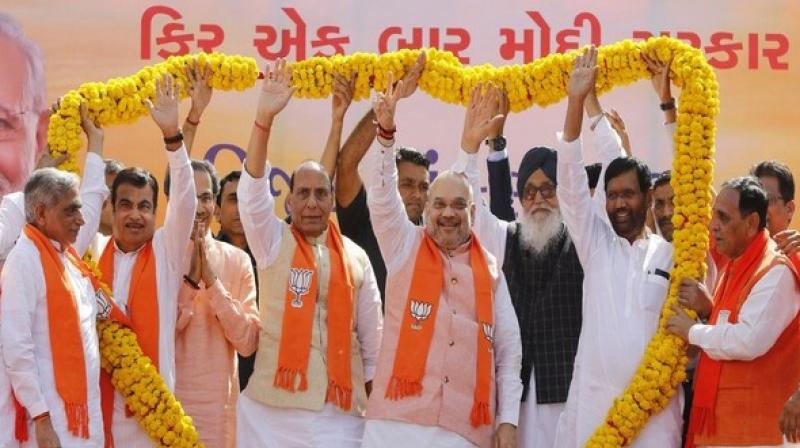 New Delhi: BJP President Amit Shah is likely to host a dinner for National Democratic Alliance (NDA) leaders on Tuesday. According to sources, Shah has invited the key leaders of NDA and will be meeting them over dinner two nights before the day of the counting of votes in the Lok Sabha elections.

The Union Council of Ministers is also expected to meet tomorrow, the sources said.

Exit polls telecast after the culmination of polls on Sunday projected the BJP-led NDA to retain power at the Centre with most of the pollsters giving Prime Minister Modi a clear majority again in the 543 member Lok Sabha.

Elections for 543 seats in the Lok Sabha were held between April 11 and May 19. The counting of votes is scheduled for May 23.