India   Politics  20 May 2019  Good decision, I welcome it: Rajbhar on his dismissal from UP cabinet
India, Politics

Good decision, I welcome it: Rajbhar on his dismissal from UP cabinet

Asserting that he will continue to fight, Rajbhar said it was decided long ago that he will be removed from cabinet. 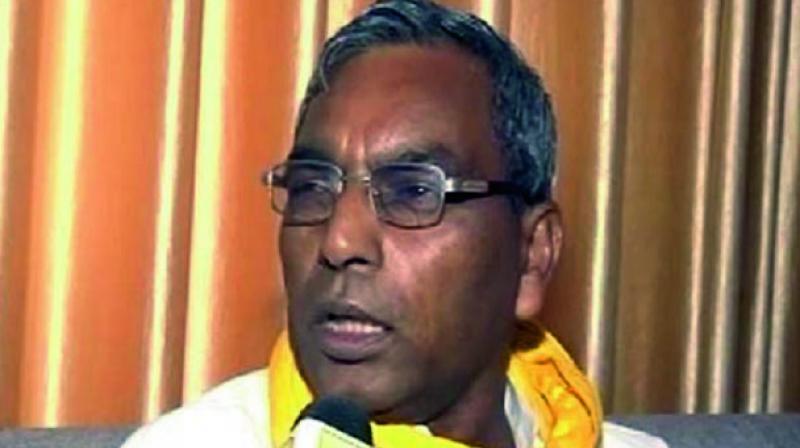 Lucknow: Suheldev Bhartiya Samaj Party chief OP Rajbhar on Monday welcomed the decision of his dismissal from Uttar Pradesh cabinet and accused the state government of not doing enough for the backward caste people.

Asserting that he will continue to fight for the rights of people of his community, Rajbhar also said that it was decided long ago that he will be removed from the cabinet.

"On the night of April 13-14 when Uttar Pradesh Chief Minister asked me to contest an election from their party else leave but I told him that I will contest from my party only. On the same day, it was decided that I will be removed from the cabinet."

Earlier in the day, Uttar Pradesh Governor Ram Naik had accepted CM Yogi Adityanath's request and had dismissed Rajbhar from the post of Minister for Backward Class Welfare and 'Divyangjan' Empowerment in UP cabinet with immediate effect. The action was taken after receiving a letter from CM Yogi Adityanath in this regard.

Read: Yogi's request to dismiss Rajbhar with immediate effect accepted by UP Guv