The Congress leader also said he sees no reality in the exit polls projecting NDA's win. 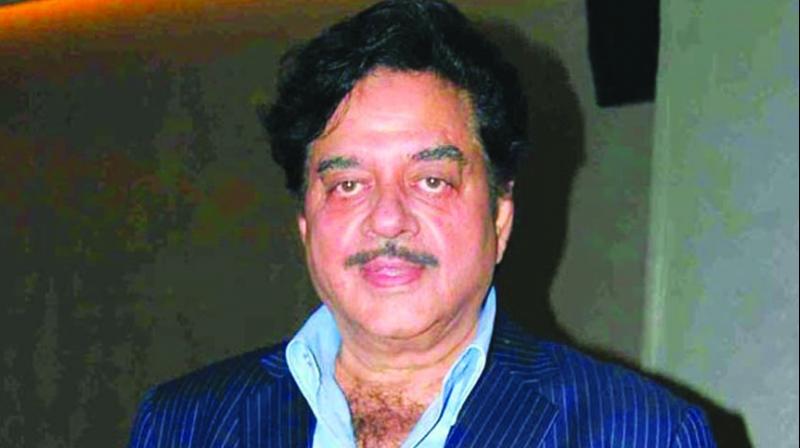 Patna: Congress leader Shatrughan Sinha downplayed the exit polls, which project BJP-led NDA government returning to power at the Centre, saying the TV channels which give these results have "no credibility."

"This is to divert the attention. They have not given any details about the sample size or the agencies which have done surveys. They have started a new game to divert attention because their defeat is imminent," said Sinha, who is seeking re-election from Patna Sahib Lok Sabha seat.

"Most of the TV channels on which exit polls have been shown are famous for their 'Raag Darbari.' They sing songs for the government from the beginning. They have no credibility," he told ANI.

The Congress leader also said he sees no reality in the exit polls projecting NDA's win.

The actor-turned-politician won Patna Sahib parliamentary seat in 2014 on the BJP's ticket but joined the Congress party ahead of the Lok Sabha elections.

"The exit polls (showing BJP win) have been carried out intentionally so that people will not think that there is some problem in EVM. This can also be a ploy to boost the stock market. I see no reality in this," he said.

CNN News 18-IPSOS exit poll has given the BJP and its allies the highest number of 336 seats with the saffron party on its own getting 276 seats, four more than it had won in the 2014 elections.

The United Progressive Alliance (UPA) is projected to get 82 seats of which the Congress will get 46, two more than it bagged in the last elections.

ABP-Nielsen poll has projected 267 seats for the NDA, 127 for the UPA and 148 for 'others.' Of the 'others,' the grand alliance in Uttar Pradesh is getting an estimated 50 seats.

Times Now-VMR has projected 306 seats for the BJP and its allies, while Republic TV-C-Voter put it at one seat less.

In Times Now poll, the UPA, including the Congress and its allies have been projected to get 132 seats, while 'Others' are likely to secure 104 seats. The halfway mark in the Lok Sabha is 272.

Another poll conducted by 'Jan Ki Baat' for Republic TV has placed the BJP and its allies in the lead with 287 seats. The Congress and other UPA allies are projected to bag 128 seats. The 'Others' are expected to get 127 seats of which the 'Mahagathbandhan' in Uttar Pradesh is poised to get 40 seats.

A NewsX-Neta survey showed the BJP and its allies are getting 242 seats out of which BJP is expected to get 202. The UPA has been projected by it to get 165 seats, while 'Others' have been tipped to get 136 Lok Sabha seats.