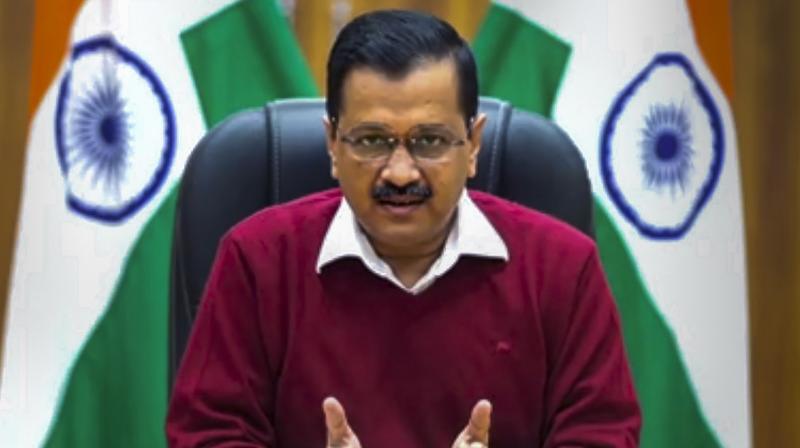 The AAP said Wednesday that the BJP and its government were more concerned about their image abroad than about children in India after the saffron party accused Mr Kejriwal of a serious violation of constitutional propriety. — PTI

New Delhi: Singapore on Wednesday summoned India’s high commissioner there and lodged a strong protest against a recent tweet by Delhi CM Arvind Kejriwal that claimed there was a Singapore variant of the coronavirus that was harmful for children, after which the high commissioner promptly told the Singapore authorities that the Delhi CM had “no competence to pronounce on Covid variants or civil aviation policy”.

External affairs minister S. Jaishankar also swiftly “clarified” that “the Delhi CM does not speak for India”. Lauding Singapore’s sending of military aircraft with oxygen supplies recently to help India battle the second Covid wave, Mr Jaishankar, in a thinly veiled barb at Mr Kejriwal, lamented that “irresponsible comments from those who should know better can damage long-standing partnerships”. Singapore foreign minister Vivian Balakrishnan, who had lambasted Mr Kejriwal and asked him to “stick to the facts”, thanked Mr Jaishankar for the clarification.

Mr Kejriwal’s tweet earlier Tuesday, when he called for a ban on flights from Singapore to India, had led to a furore in the city state, which is a key member of Asean and an important partner of India in the region with close ties to New Delhi.

In response to Mr Jaishankar’s statement that the “Delhi CM does not speak for India”, Singapore foreign minister Vivian Balakrishnan tweeted: “Thanks @DrSJaishankar let’s focus on resolving the situation in our respective countries and helping one another. Nobody is safe until everyone is safe.” Mr Balakrishnan earlier attacked Mr Kejriwal, saying: “Politicians should stick to facts! There is no ‘Singapore variant’.”

The Singapore foreign ministry said in a statement: “MFA (Singapore’s ministry of foreign affairs) regrets the unfounded assertions made on Facebook and Twitter by Chief Minister of Delhi Arvind Kejriwal that a variant of Covid-19 found in Singapore was particularly harmful to children and could cause a third wave of infections in India… There is no ‘Singapore variant’. The strain prevalent in many Covid-19 cases in recent weeks is the B.1.617.2 variant, which was first detected in India.”

This came after media reports said Singapore would close schools from Wednesday as the authorities there warned of new coronavirus strains like the one first detected in India that were affecting more children in the city state.

The AAP said Wednesday that the BJP and its government were more concerned about their image abroad than about children in India after the saffron party accused Mr Kejriwal of a serious violation of constitutional propriety. In a controversial tweet, Mr Kejriwal had on Tuesday urged cancelling all flights from Singapore with immediate effect, saying “a new strain” of coronavirus found there could reach Delhi and was “very dangerous” for children. BJP spokesman Gaurav Bhatia said: “Meddling in foreign policy matters, which as per the Constitution is not a state subject, amounts to a serious violation of constitutional propriety. Kejriwal has presented his toolkit of spreading confusion and anarchy and seems to be competing with the Congress in propagating lies and destabilising the country.”

The Aam Aadmi Party fielded deputy CM Manish Sisodia and health minister Satyendar Jain to defend Mr Kejriwal. “Vaccines would be available for adults as well as children in the country had our foreign ministry shown the same swiftness in procuring vaccines from other countries with which it reacted to Mr Kejriwal’s statement,” Mr Sisodia said. He said the BJP government needs to prioritise children, instead of playing politics and “fixing its image” abroad.Mr Jain too said there was a “different strain” of coronavirus spreading in Singapore. “There are many strains of coronavirus in India at present. Their presence is ascertained through genome sequencing. It is a different strain (in Singapore) indeed. Whether it is from Singapore, Delhi, America or London, what’s important is that the strains are different,” he told reporters.
Mr Sisodia said: “Mr Kejriwal talked about the Singapore strain and children. The issue is not Singapore but the safety of our children.”