We will review the situation and evolve a strategy to keep our flock in the CLP together, a senior Congress leader said 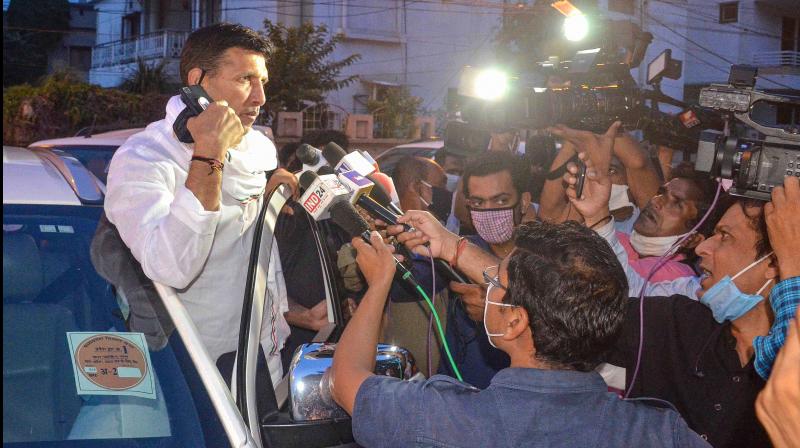 Former Madhya Pradesh chief minister Kamal Nath on Sunday evening convened a meeting of Congress Legislature Party here to chalk out a strategy to stop the current trend of MLAs deserting the party. The meeting was convened in the wake of two Congress MLAs crossing over to the BJP last week.

“We will review the situation and evolve a strategy to keep our flock in the CLP together”, a senior Congress leader told this newspaper.

According to him, the AICC leadership has taken a serious note of the recent development in which two Congress MLAs, Pradyumna Singh Lodhi and Sumitra Devi Kasdekar, resigned from the Assembly as well as the party and later joined the BJP, and asked the state party leadership to take immediate measures to stop further desertions by party MLAs.

Sources said at least a dozen Congress MLAs are on the radar of the state party leadership in the wake of reports that the BJP is trying to woo more Congress legislators. “Senior leaders like Mr Nath, Digvijay Singh and Suresh Pachuri will have one-to-one meetings with party MLAs to ensure there will be no more desertions”, he added.

Senior Congress leader and former state minister Sajjan Singh Verma, however, said the CLP meeting was called to deliberate on byelections in 26 Assembly constituencies in the state likely to be held soon.