Jitan Ram Manjhi who is considered a Mahadalit face in Bihar politics is the only MLA from his party. 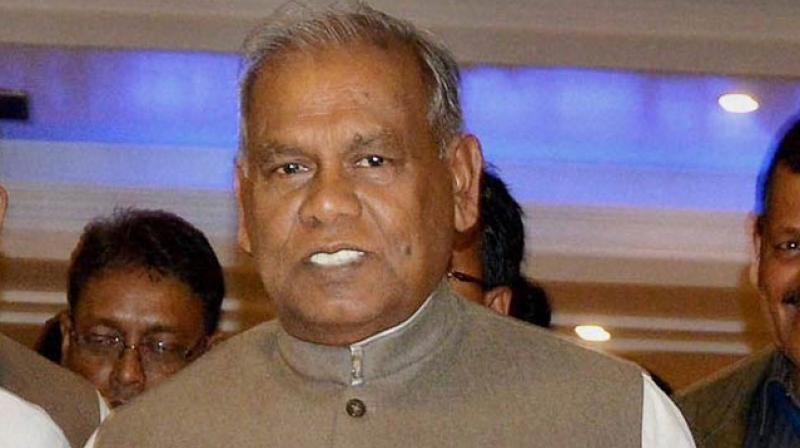 Patna: Hindustani Awam Morcha – Secular (HAM-S) on Thursday announced that it has decided to part ways with the grand alliance led by RJD in Bihar.

HAM leaders said that party chief Jitan Ram Manjhi has been upset with the RJD for not consulting alliance partners before taking any decision and ignoring his demands for the formation of a coordination committee.

He had floated his political party Hindustani Awam Morcha – Secular (HAM-S) in 2015 and became part of the NDA after he was ousted from the JD(U) for rebelling against Nitish Kumar. In March 2018, he joined the grand alliance led by RJD.

Sources said that besides Manjhi, others in the party were also in favour of snapping ties with RJD and forming an alliance with other like-minded political parties in Bihar ahead of the Assembly polls slated to be held later this year.

The final ultimatum served to the RJD for the formation of coordination committee had ended a month ago, following which it was being speculated that Manjhi may quit the alliance and join hands with either the JD(U) or BJP.

HAM spokesperson Danish Rizwan said, "Those who don’t listen to coalition partners will not listen to the people after coming to power. The decision to quit the grand alliance has been taken after our repeated demand for the formation of a coordination committee was turned down by the RJD. In such a situation it would be difficult for us to remain in the alliance with RJD."

Manjhi's decision is being seen as a major jolt to the RJD and Congress which has been trying to strengthen their organizational structure and vote base in Bihar ahead of the Assembly elections.

When asked whether the party would be joining hands with the NDA, Danish Rizwan said, "Party chief Jitan Ram Manjhi has been authorized by our leaders to take decisions on the issue."

While both RJD and Congress have been silent on the development, BJP hailed Manjhi’s decision to quit the grand alliance. BJP spokesperson Nikhil Anand told this newspaper, "Jitan Ram Manjhi is a senior leader and former CM of Bihar but the grand alliance mistreated him. Now since he has decided to quit it would be interesting to watch how other senior leaders like Upendra Kushwaha manages to survive in the tug of war between Congress and RJD."

Jitan Ram Manjhi who is considered a Mahadalit face in Bihar politics is the only MLA from his party.