Each WhatsApp group will have contact numbers of Amit Shah and Delhi BJP chief Manoj Tiwari. 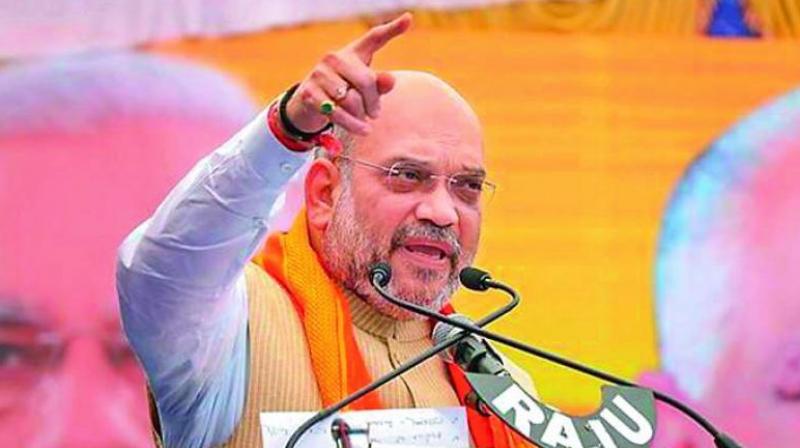 New Delhi: The Delhi BJP has formed hundreds of WhatsApp groups with its national president Amit Shah as a member in each of them for providing "direct information" and stem fake news.

In the run-up to the 2019 general elections, BJP's Delhi unit leaders are revising teams upto Mandal-level and bringing the party office bearers and workers on various social media platforms, including WhatsApp.

"We are trying to bring all the party office bearers and workers on social media platforms. So far, over 1800 WhatsApp groups have been formed and the number is increasing. The move is aimed to provide direct information and stem fake news," said Neelkant Bakshi, Head (media relations) and co-incharge of Delhi BJP's social media unit.

Each WhatsApp group will have contact numbers of Amit Shah and Delhi BJP chief Manoj Tiwari, he said.

He had also warned against posting such posts and messages on Facebook and other social platforms, saying it hurts the BJP's credibility.

The WhatsApp groups formed by the Delhi BJP will go in long way to ensure that the party's directions and assignments are being undertaken sincerely by its office bearers and workers, Neelkant Bakshi said.

The party has also planned social media meets to be held at district and Mandal levels in the coming months to spread the messages of Prime Minister Narendra Modi and achievements of the BJP-led government at the centre, he said.

Focus will be to reach out to the younger generation that depends more on social media for information and news than traditional sources like newspapers and television channels, he added.