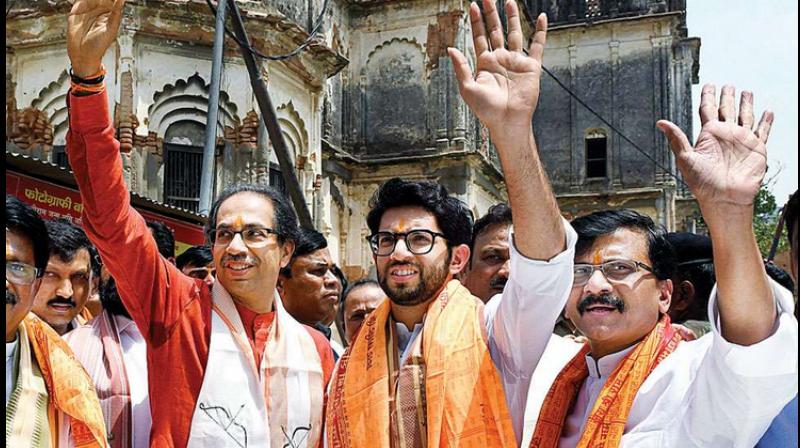 Asked whether Thackeray has received an invitation for the ceremony, Raut said, It will come."

Prime Minister Narendra Modi is likely to visit Ayodhya in Uttar Pradesh on August 5 for the 'bhoomi pujan' ceremony to begin the construction of the Ram temple.

Chief Minister Thackeray will definitely go for the 'bhoomi pujan' ceremony, because the Shiv Sena shares sentimental, religious and national ties with this issue," Raut told a TV channel.

As I had said yesterday, the Shiv Sena had made a big contribution, and (Shiv Sainiks) shed their blood and made sacrifices for the cause of Ram temple construction, he added.

Raut reiterated that Thackeray keeps visiting Ayodhya and has done so before and after becoming the chief minister of Maharashtra.

The ceremony is historic from the point of view of the country, Hindutva, for the thousands of martyrs, he said.

Raut also said lakhs of Lord Ram devotees would have turned up for the ceremony had there been no COVID-19 crisis prevailing.

The Rajya Sabha member on Monday claimed his party paved the way to the Ram Mandir in Ayodhya and removed roadblocks in the temple construction for the cause of Hindutva and not for politics.

It needs to be seen how many people will be invited for the temple's ground-breaking ceremony next month and what social distancing measures will be taken at the event (in view of the COVID-19 outbreak), Raut said.

"What 'political social distancing' they will observe remains to be seen," he said.

After a protracted legal tussle, the Supreme Court on November 9 last year paved the way for the construction of Ram temple by a trust at the disputed site in Ayodhya.

The apex court directed the Centre to allot an alternative five-acre plot to the Sunni Waqf Board for building a new mosque at a "prominent" place in the holy town in Uttar Pradesh.