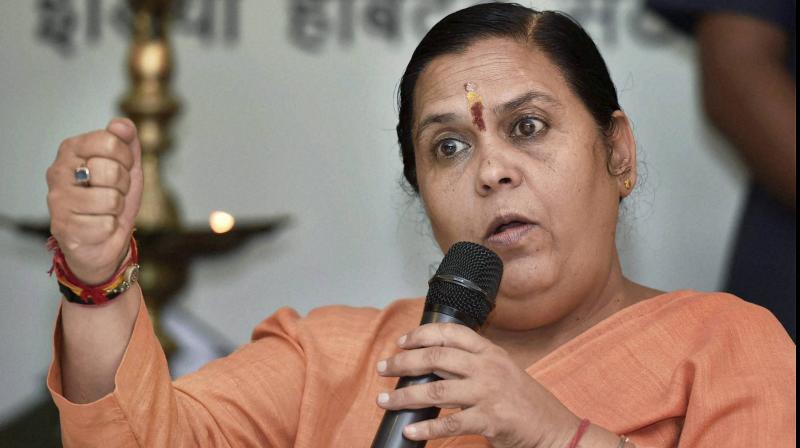 The firebrand saffron leader regretted that Pawar was unnecessarily trying to politicize the Ram temple issue, saying, “The PM will hardly take two hours to attend the event. Can the economy of the country be salvaged in two hours?”

“His (Pawar’s) comments are not in good taste. He sounded like Ram Drohi”, she said.

Bharti was visiting the ancient shrine of Ganesh in Sehore, nearly 40 km from here.

She said it was a dream of millions of Hindus to see a Ram temple in the birthplace of Lord Ram in Ayodhya and the dream was taking shape now after centuries of struggle by the Hindus.

Pawar had earlier hit out at PM for deciding to attend the foundation laying ceremony of Ram temple in Ayodhya, scheduled to be held on August 5, saying, for some people ‘bhoomi pujan’ for Ram temple is more important than salvaging the economy of the country ravaged by the coronavirus pandemic.

Congress veteran Digvijay Singh on Monday supported Pawar’s view saying that had Modi and Union minister Amit Shah heeded to Pawar’s advice, the country would not have come to such a pass.

Reacting to Nepal Prime Minister K P Sharma Oli’s recent remarks that Ram was born in Nepal not in Ayodhya, Ms Bharti said Lord Ram is omnipresent and she would request Oli to build a Ram temple in his country when she met him.

“I will be happy even if America will put forth the claim of being the birthplace of Ram. Lord Ram is present everywhere”, she quipped.