Crores would be saved with reverse tendering of projects bidded under TDP regime: AP Irrigation Minister 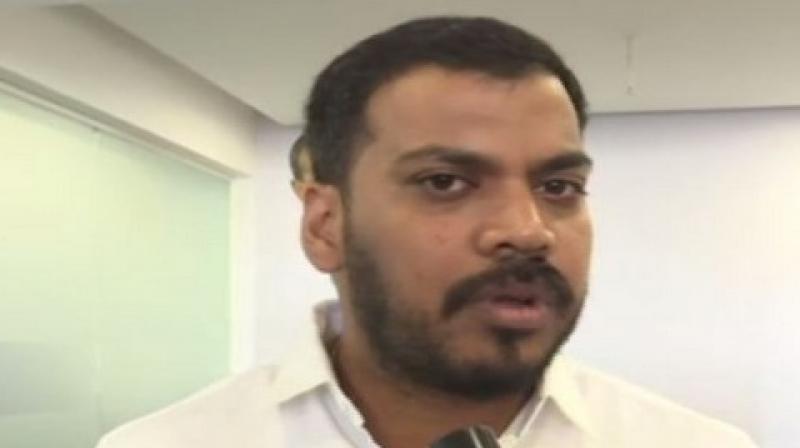 Andhra Pradesh Irrigation Minister P Anil Kumar said on Saturday that thousands of crores of public money would be saved through the reverse tendering process of the projects bidded under TDP government. (Photo: ANI)

Amaravati: Andhra Pradesh Irrigation Minister P Anil Kumar said on Saturday that thousands of crores of public money would be saved through the reverse tendering process of the projects bidded under TDP government.

He said that the first reverse tendering process in the Polavaram project is over and it is 15 per cent less in amount than the contract. He also said that the contractor and the company have not been changed.

"The first reverse tendering process has taken place in the Polavaram left tunnel which is of Rs 290 crore. We are happy to witness that the tender which has been floated for 4.77 per cent excess in 2018 has seen 15.6 per cent less after the reverse tendering with the same contractor and same company which bidded in 2018," he said.

"With this single reverse tendering the government has got a profit of around Rs 58 crores. As every project will go into scrutiny I hope thousands of crores would be saved by the government," said Kumar.

"Almost every work is reverse tendered. Almost Rs 30 thousand crores of work were tendered in 2017-18 with 4.7 per cent excess rates, we are just reducing the excess rates and saving public money," he added.

"However, in the last 4-5 months, no work has been done due to floods. Work resumes in November when flood reduces," he said.

He said that Polavaram is almost Rs 55,000 crore work project.

Tenders for 65th package of Polavaram left connectivity works have been confirmed and Max Infra company has bidded the tender at 15.6 per cent less cost, it said.

Levelling allegations of corruption against former chief minister N Chandrababu Naidu, Reddy said that the same firm has bidded the tender for excess 4.8 per cent which is another example of corruption during Telugu Desam Party's (TDP) government.

However, on Friday, Naidu had hit out at YSRCP government for re-tendering Polavaram project. Speaking at a press conference here, Naidu had said, "It is unfortunate that Polavaram project construction works are halted. During our tenure, project works were done at a fast pace. This project would have completed within one and a half year."

Naidu had said that the Polavaram Project Authority has spoken against reverse tendering, adding that the authorities had expressed satisfaction with the work being done.