Former Andhra CM Naidu’s home in Amaravati to be demolished, given 7 days to vacate

A notice to this effect was pasted on the compound wall of Naidu’s residence by authorities on Saturday. 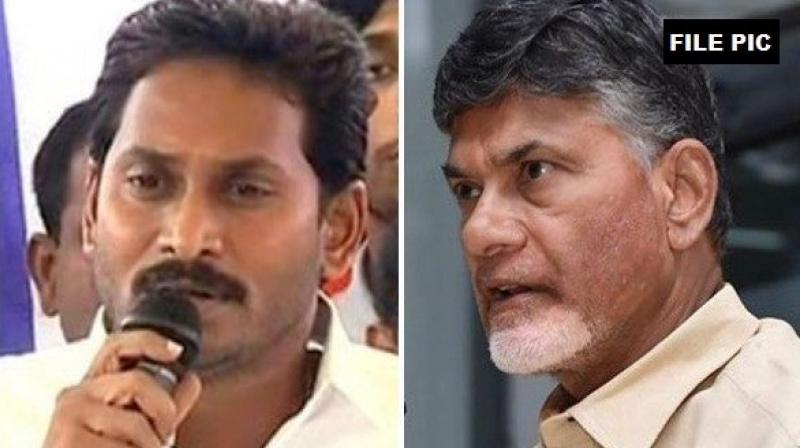 The order states that during the inspection of the area by the APCRDA staff, unauthorised constructions and developments were found in violation of various rules and regulations of the state. (Photo: ANI)

Amaravati: Andhra Pradesh officials on Saturday served another demolition notice to the owner of the house in which former chief minister Chandrababu Naidu resides here.

A notice to this effect, issued by the APCRDA commissioner was pasted on the compound wall of Naidu’s residence by the authorities on Saturday.

The house owner was issued a show-cause notice on June 27. The latest order mentions that the reply submitted to the notice was not to the satisfaction of the authority, reported IANS.

The order states that during the inspection of the area by the APCRDA staff, unauthorised constructions and developments were found in violation of various rules and regulations of the state.

The order identifies unauthorised RCC residential buildings on the ground and first floor, along with a swimming pool and ground floor dressing room etc measuring a total of 1.318 acres. It says the unauthorised construction area is dangerously within the Maximum Flood Level (MFL) of the Krishna River.

The first notice was served soon after the demolition of the Praja Vedika, a governmentbuilding adjacent to Naidu’s current residence. Naidu had been living in the house on lease since he shifted here from Hyderabad in 2016. He had later got Praja Vedika, a meeting hall, constructed adjacent to the house.

Chief Minister Jagan Mohan Reddy in June ordered demolition of Praja Vedika. He had also alleged that Naidu himself is living in an illegal house. He had said the demolition drive would cover all illegal buildings on the banks of Krishna River at Undavalli.

The TDP, which lost power to Jagan Mohan Reddy's YSR Congress Party (YSRCP) in May, alleged that the government was acting with political vendetta. The opposition party slammed the government for issuing the notice even though the matter was pending in the High Court.