Nitish Kumar: NDA will win over 200 seats in Bihar

Kumar was addressing party workers in Patna during the state executive meeting where he gave the statement. 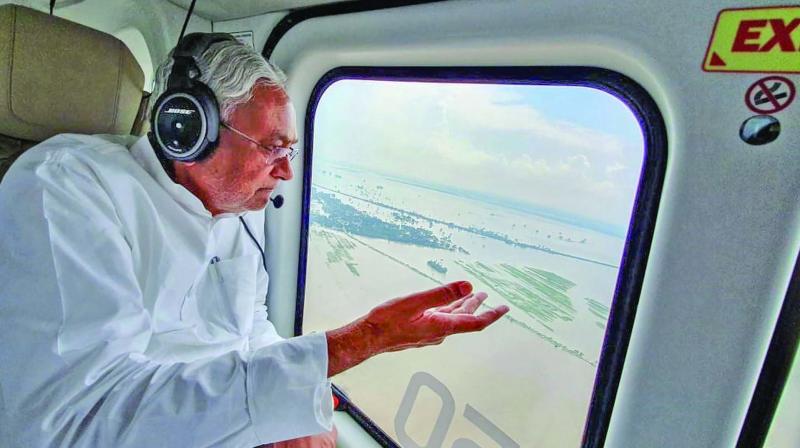 Patna: Amid ongoing political turmoil over the leadership issue, Bihar chief minister Nitish Kumar on Friday said that the NDA would win more than 200 seats in the state Assembly election scheduled to be held in 2020.

Mr Kumar also slammed his opponents for spreading rumours about him and the NDA and said, “Some people have been using my name to gain publicity but I am not bothered because I believe in serving people. Those who have doubts should listen with open ears that the NDA will win more than 200 seats in the Assembly elections.”

Asserting that all is well between the JD(U) and the BJP, he said, “Some people are trying to create confusion about the NDA in Bihar. But I assure you that they are going to get in trouble after the polls.”

Though Mr Kumar didn’t take any names during his speech, JD(U) insiders claim that he was pointing at the statements given by senior BJP leader Sanjay Paswan a week earlier. Mr Paswan, who is considered close to former Bihar state president Nityanand Rai and Union minister Giriraj Singh, had created a flutter in the state politics by asking Mr Kumar to step down and hand over the reins to the BJP in Bihar.

The BJP leader’s statement had given rise to speculation about a rift in the NDA and political parties especially the RJD had started attacking Mr Kumar over the issue. To counter Mr Paswan’s statement, BJP leader and Bihar deputy chief minister Sushil Kumar Modi in a tweet had declared Mr Kumar, “captain of NDA” and said “he would remain the captain in 2020 Assembly election”.

Mr Kumar was addressing party workers in Pa-tna during the state executive meeting where he gave the statement. Duri-ng the event, he also urged party leaders to “ignore statements being given by opponents and focus on the party’s agenda”.

He also criticised the Opposition, saying, “I don’t have to say anything about them. It’s the people of the state who will decide our fate in the elections. Everybody knows what they had been saying before the Lok Sabha polls and what happened to them. I only believe in serving the people. My government has worked for every class, including women, OBC, EBC, Mahadalits and minorities, and will continue to work for the welfare of the people in the state.”