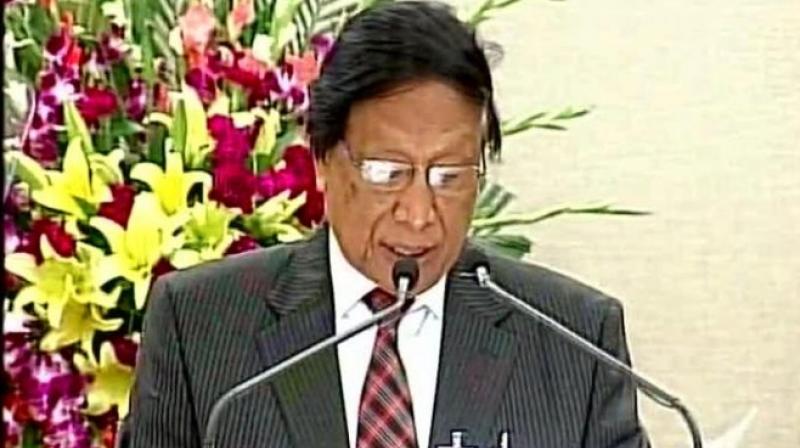 Guwahati: The government of India in its ongoing informal talks with NSCN (I-M) has made it clear that Centre was not going to concede to their demand for a separate flag and constitution and now the ball is in their court to take call.

Asserting that the government of India was going to stick to its stand on which an agreement was made on October 31, 2019, security sources in the ministry of home affairs told this newspaper that talks with NSCN (I-M) have already been completed on all the issues.

Pointing out that the government of India has assured them to keep the option open for talks on demand of separate flag and constitution even after signing of the peace-accord, security sources said that NSCN (I-M) leadership has also been told categorically about the deadline of September to conclude the peace-process.

Admitting that a joint council meeting of the NSCN (I-M) held at its Hebron camp in Dimapur recently reiterated their demand for a separate flag and constitution as to be the part of the final settlement in the ongoing Naga peace talks with the Centre, security sources said that the issue came up for discussion in the ongoing informal talks with NSCN (I-M) leadership through the officers of Intelligence Bureau but subsequently it was turned down.

The talks with NSCN (I-M) had concluded on October 31,2019 with an understanding that the issue of a separate flag and constitution would remain a subject open for discussion and negotiation even after the signing of the peace-accord, security sources said adding that NSCN (I-M) started becoming uncomfortable with the Nagaland Governor and interlocutor R N Ravi soon after his hard-hitting letter to the state government about “parallel governments” being run by underground groups and accusing them of extortion. It is significant that Mr Ravi’s letter came after reports of massive corruption and extortion started creating unrest in the civil society of Nagaland.

Though, now NSCN-IM has also claimed that the talks were running smoothly, in Nagaland demands for an early resolution have been growing from civil society organisations and tribal heads. All these bodies have also made it clear that a final agreement without a separate flag and constitution is acceptable to the public.

The conglomerate of seven insurgent groups indigenous to Nagaland--- the Naga National Political Group (NNPG) has already announced that they have concluded the peace-deal with the Centre and now prepared to sign the peace accord any day.