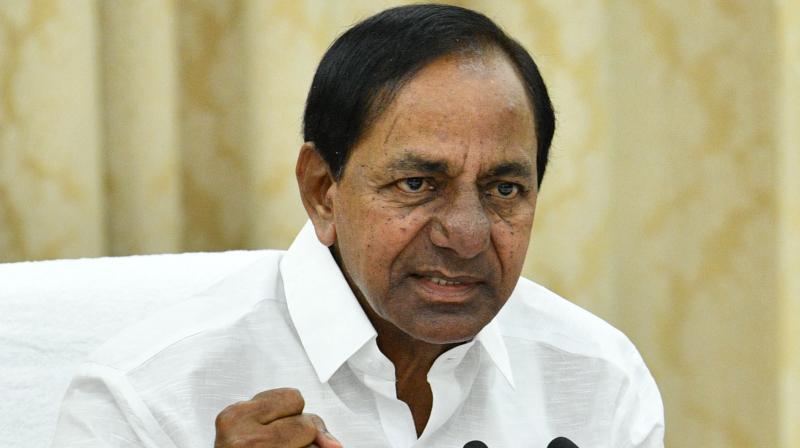 Hyderabad: Chief Minister K. Chandrashekar Rao, who had given a clarion call to political parties and leaders across the country to join to fight against the BJP’s “anti-people policies” has intensified his efforts to bring together anti-BJP forces to build a movement against the Narendra Modi-led central government.

Sources in the TRS party revealed that since the day Chief Minister Chandrashekar Rao raised the issues of disinvestment of central public sector undertakings (CPSUs) and farming laws, the party has been receiving a wonderful response from employees of various CPSUs and farmers’ organisations from various parts of the state.

Keeping their response in view, Mr Rao discussed with party leaders steps needed to make concerted efforts to bring together farmers organisations, trade unions, besides non-BJP parties to a single platform to challenge the BJP government.

Pressure must be built to push the Centre to reconsider its moves, which would “prove fatal to the survival” of the farming sector and Public Sector, TRS sources added.

Sources said that besides trade unions and farmers’ organisations, several political party leaders are also in touch with TRS working president K.T. Rama Rao and B. Vinod Kumar, in this regard.

Sources said that the pink party boss is in touch with several national leaders of non-BJP parties, who will all unite to oppose the anticipated move from the BJP to move to the ‘One Nation, One Poll’ idea, most likely in 2022.

Sources said that CM Rao was firm in his resolve that immediately after the GHMC polls, he is likely to visit Chennai, Delhi, Chennai, Lucknow and Kolkata to meet leaders of various regional parties there.