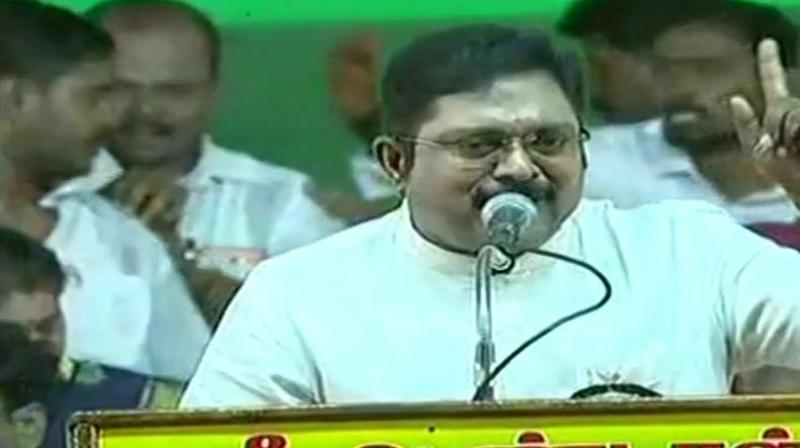 A day after a woman tahsildar was suspended for alleged violation of norms in entering a room where polling records were kept in Madurai, AMMK leader Thanga Tamilselvan said his party had 'suspicion' about state government officials deployed for poll work.

Presently agents were not allowed beyond 10 pm and the restriction should be eased to avoid escalation of suspicion, Tamilselvan, a key aide of Dhinakaran, told reporters here.

"If the counting happens in a day or two, it would not be a problem. But it is a month-long wait (for May 23). We are okay with efforts taken by the EC, but its implementation lies with officials of state government," he said.

He also questioned the need for the official to visit the storage room.

Tamil Nadu Chief Electoral officer Satyabrata SahooSunday ordered the suspension of the tahsildar after an inquiry based on a complaint by CPI-M candidate in Madurai constituency.

Officials had clarified the tahsildar did not enter the strong room, where the electronic voting machines were stored.

Three-tier security system has been provided to the strong rooms, which are being monitored using CCTV cameras round-the-clock, according to poll officials.

A delegation of leaders of DMK, Left parties and VCK called on the Chief Electoral Officer here Sunday and demanded a high level enquiry into the 'lapse' and criminal action against erring officials involved in the Madurai incident.