Having said that no case of disproportionate assets was made out against three Yadava leaders. 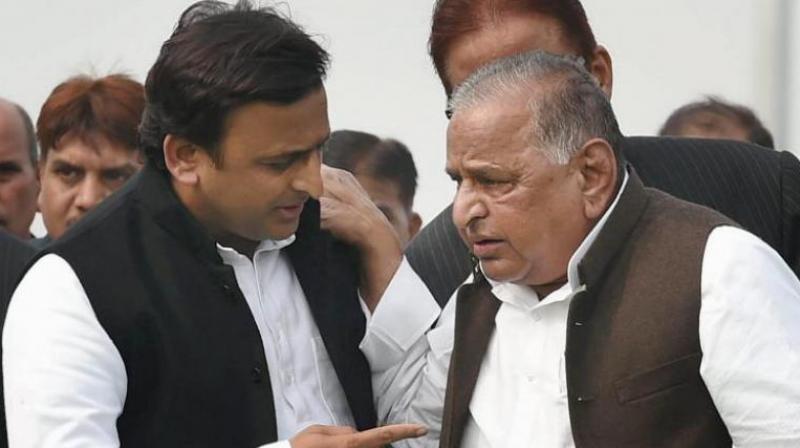 New Delhi: The Central Bureau of Investigation (CBI) on Tuesday  told the Supreme Court that there was no evidence to support the allegation that the former Uttar  Pradesh chief ministers Mulayam Singh Yadav, Akhilesh Yadav and his brother Prateek Yadav possessed disproportionate assets beyond their known sources of income.

Referring to the top court direction of December 12, 2012, the CBI has told the top court that an “inquiry was conducted ... and it was found that the allegations against” Mulayam Singh, Akhilesh and Prateek Yadav  “for allegedly having acquired disproportionate assets to their known sources of income  could not be substantiated.”

Having said that no case of disproportionate assets was made out against three Yadava leaders, the CBI  said that the preliminary enquiry  into the matter was closed and a report was submitted to the CVC on October 8, 2013.

The CBI has further told the court that since  “no prima face evidence of commission of cognizable offence against the suspect was found during enquiry, hence,  the PE in the present case was not converted into a criminal case/FIR under the provision of section 154 of the CrPC and as such no enquiry was conducted in the matter after August 7, 2013. “

The affidavit filed before the top court says that the CBI “... after conducting  further enquiry in a fair, impartial and professional manner in the matter, had independently taken a decision to close the enquiry” on August 7, 2013. The investigating agency said this to the top court in response to March 25 order on the steps taken by it in pursuance to its preliminary inquiry into alleged disproportionate assets (DA) of Samajvadi party leader Mulayam Singh Yadav, former Uttar Pradesh chief minister Akhilesh Yadav  and Prateek Yadav.

The bench of Chief Justice Ranjan Gogoi, and Justice Deepak Gupta had sought investigating agency’s response to the plea by the applicant Vishwanath Chaturvedi who had urged the court to call for the report on investigation t carried out in pursuance to its (top court) March 1, 2007 and December 13, 2012 order.

The top court had on March 1, 2007, directed the CBI to carry out a preliminary inquiry against the SP chief, his sons Akhilesh Yadav and Prateek Yadav, and Dimple Yadav into the allegations of possessing disproportionate assets.

The investigating agency had registered the PE on March 5, 2007.