Addressing a public rally in Namsai of Arunachal Pradesh, Shah lashed out at the Congress for questioning Modi on what he did for the region 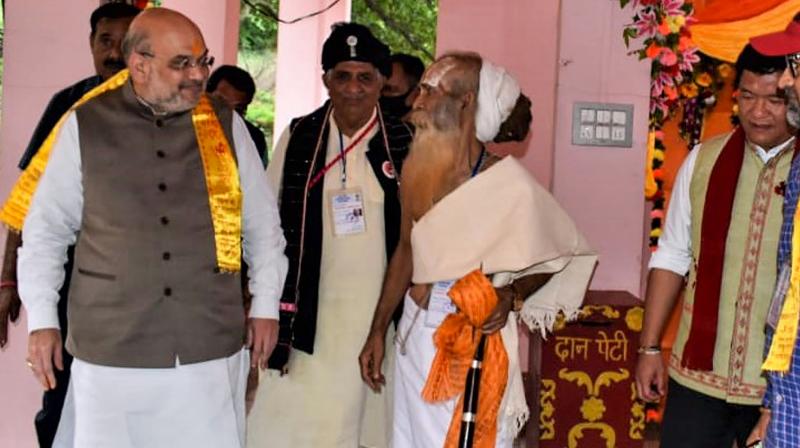 Namsai (Arunachal Pradesh): Union Home Minister Amit Shah on Sunday claimed that the BJP has ended the "culture of corruption" in the Northeast and funds meant for development work now get percolated to the last man, whereas middlemen siphoned off most of the amount during the Congress rule.

He alleged that the region had remained neglected during 50 years of Congress rule and asserted that it came on the fast track of development only after Prime Minister Narendra Modi came to power in 2014.

Addressing a public rally in Namsai district of Arunachal Pradesh, Shah lashed out at the Congress for questioning Modi on what he did for the region, saying that the grand old party won't be able to see development if it keeps its eyes closed.

"Rahul Gandhi, open your eyes and discard Italian glasses and wear Indian ones. Then only, you could see what development Modi has brought to the region, which your party failed to do in 50 years," he said.

"Development funds for the region were siphoned off by middlemen during the Congress rule. But with the NDA under PM Modi coming to power at the Centre in 2014, the culture of corruption has ended and every single penny is being utilised with utter transparency. The prime minister has ensured that development funds get percolated down to the last man," Shah added.