Dhankhar said had West Bengal government taken timely and due steps, over 70 lakh farmers would have been benefited from PM-Kisan Yojana 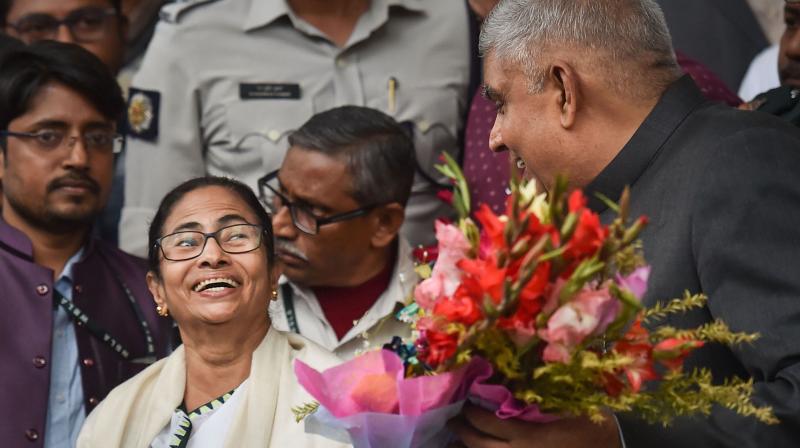 Kolkata: In a blistering attack, West Bengal governor Jagdeep Dhankhar on Tuesday compared chief minister Mamata Banerjee's cry against the two key farm bills, passed in the Parliament, with "crocodile tears", after the Trinamul Congress supremo called all other Opposition parties for a united fight against the BJP at the Centre.

"There is no rationale to deny this benefit to our farmers as there is 100 per cent contribution from the Govt of India. State government does not incur any financial burden or liability. State government only has to impart details, which it has unfortunately not done, with no explicable premise or rational approach. All over the country, except State of West Bengal, farmers have enormously benefited from PM-Kisan scheme and so far more than Rs 92,000 crore have been defrayed to them," he argued.

Dhankhar said that each farmer, except the ones in West Bengal, got Rs 12,000 under the PM-Kisan Yojana. He blamed the Mamata government for its inaction, adding that it also deprived farmers of reaping the benefit of the Rs 3.5 lakh crore package announced by the Central government amid the COVID-19 pandemic.

"Confrontational stance at the cost of farmers' suffering is indeed worrisome," he said.

There would have been accrual of benefit to our farmers by over Rs 30,000 crores if the state government had taken affirmative stance as regards PM-Kisan, he claimed.