Bajwa writes to Prez, seeks CAA expansion to include Ahmadiyyas too

Bajwa made the request to the president in a letter to him. 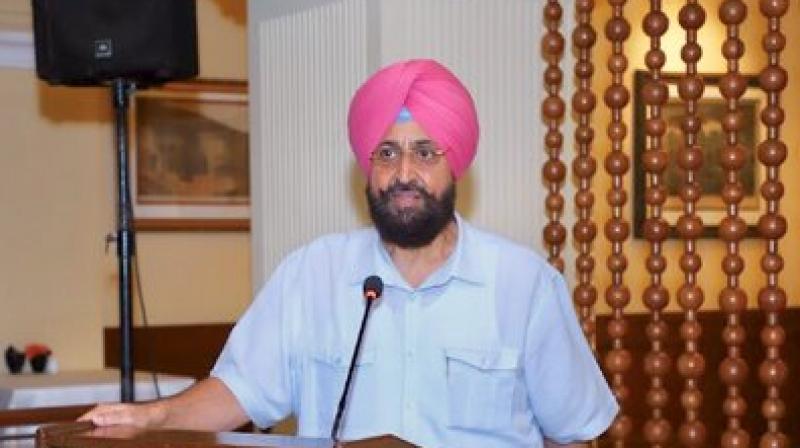 Amid the widespread protest against the amendment to the citizenship law, Bajwa argued that the Government needs to undertake the humanitarian step for Amhadiyyas, who have had to flee Pakistan following persistent persecution. (Photo: Twitter)

New Delhi: Congress leader and Rajya Sabha MP Partap Singh Bajwa on Sunday urged President Ram Nath Kovind to have the ambit of new citizenship law expanded to include in it Ahmadiyya community too, facing persecution in Pakistan.

Bajwa made the request to the president in a letter to him.

Amid the widespread protest against the amendment to the citizenship law, Bajwa argued that the Government needs to undertake the humanitarian step for Amhadiyyas, who have had to flee Pakistan following persistent persecution.

Ethos of india has always been to protect the oppressed. Through the history of modern india we have strived to create a functioning nation that celebrates unity in diversity. We have protected minorities and done our best to bring out these qualities in our democratic institutions, Bajwa said in his letter to the president.

He said this being the 150th birth anniversary year of Mahatma Gandhi, I urge you to bring this to the notice of the government. It is my hope that the Government will continue to protect those who are oppressed and persecuted around us and look at expanding the ambit of the Citizenship Amendment Act under your directions.

Bajwa said the CAA requires further scrutiny as it fails to account for a myriad of communities facing persecution in our neighbourhood.

The Ahmadiyyas of Qadian are one such community which has faced persecution in Pakistan since 1953. In 1974 the government of Zulfikar Ali Bhutto passed the second amendment to the Pakistan constitution which in effect declared Ahmadiyyas as non- Muslim. In 1984, the Zia-Ul-Haq passed an ordinance that prohibited Ahmadiyyas from identifying themselves as Muslims, wrote the Congress MP.

He said over the years this community has seen its members being stoned to death.

Even the tomb stone of Nobel Laureate Abdus Salam, an Ahmadiyya, was desecrated and the word 'Muslim' written on its cover was removed. The persecution faced by Ahmadiyyas requires humanitarian action by our government, said Bajwa.

"My letter to Prez Ram Nath Kovind ji on the issue that Ahmadiyyas have faced persecution in Pakistan since 1953 and that Pakistani State doesn't recognize them as Muslims. My request is to expand the ambit of CAA Act and include Ahmadiyya sect among 6 communities eligible for citizenship," he said on Twitter.

Bajwa has earlier written to Prime Minister Narendra Modi in this regard.