UP: Priyanka Gandhi meets kin of person who died during anti-CAA protest

Violence has erupted in different parts of Uttar Pradesh during protests against the CAA. 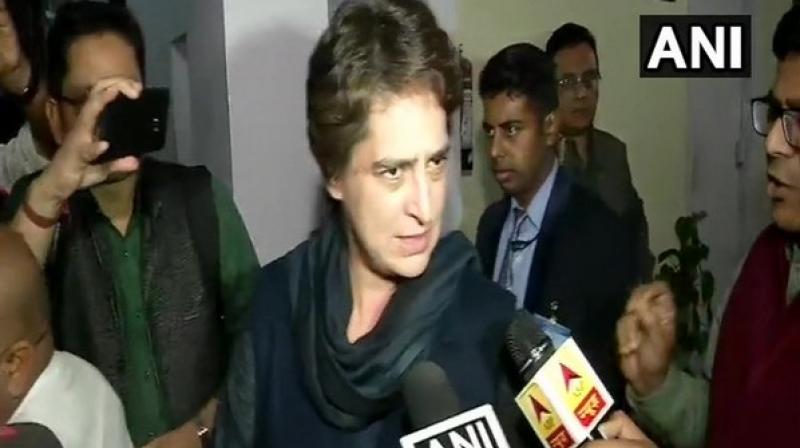 Gandhi expressed her condolences to the family and extended her support to them in this hour of grief. (Photo: File)

Bijnor: Congress general secretary for Uttar Pradesh Priyanka Gandhi Vadra on Sunday met the family of Suleiman, who died during protests against the Citizenship (Amendment) Act in the city.

Suleiman died during a anti-CAA protest on December 20.

Gandhi expressed her condolences to the family and extended her support to them in this hour of grief.

Violence has erupted in different parts of Uttar Pradesh during protests against the Citizenship Amendment Act and proposed NRC with the incidents of stone-pelting, arson, and vandalism that led to the death of 15 persons, said the Uttar Pradesh Police.

As many as 879 people have been arrested while 5,000 were 'bound down' as a preventive measure in Uttar Pradesh, said the state's Director General of Police (DGP) OP Singh.

"A total of 135 criminal cases have been registered against the miscreants. Fifteen people have died while 288 police personnel are injured," said the top cop.