Sasikala’s counsels said she enjoys the support of majority of party delegates, MPs and MLAs and hence has a right over the symbol. 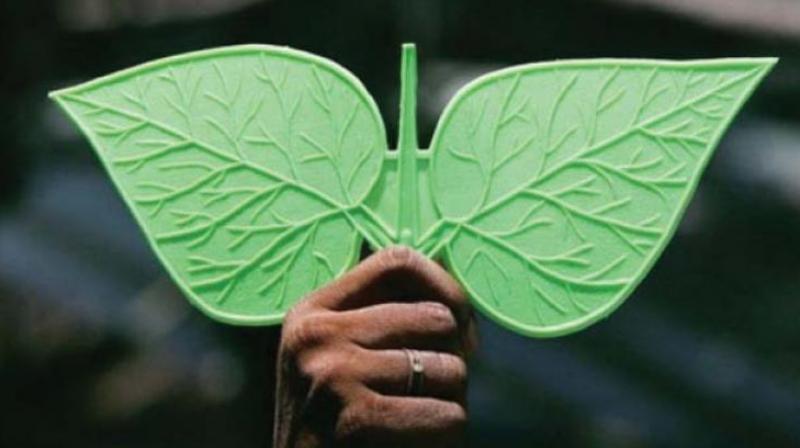 A full bench of the EC heard the camps led by V.K. Sasikala and former chief minister O. Panneerselvam.

New Delhi: In a big blow to both the Sasikala and O. Panneerselvam factions of the AIADMK, the Election Commission late on Wednesday ordered the party symbol to be frozen for the prestigious R.K. Nagar bypoll, necessitated by J. Jayalalithaa’s demise.

Earlier, the two factions staked claim to the party’s poll symbol before of the commission here ahead of the prestigious R.K. Nagar bypoll necessitated by J. Jayalalithaa’s demise.

A full bench of the EC heard the camps led by V.K. Sasikala and former chief minister O. Panneerselvam.

The Panneerselvam camp has claimed that since Ms Sasikala is only an interim general secretary, she could allot party symbol of “two leaves” to any candidate contesting the R.K. Nagar Assembly bypoll which was necessitated by the demise of J. Jayalalithaa. It added that Ms Sasikala’s election was violative of the party constitution as she was chosen by the general council of the party and not the primary members.

The Sasikala camp on the other hand maintained that after the demise of M.G. Ramachandran, late J. Jayalalithaa too was appointed an interim general secretary to run the party affairs.

It also claimed that Mr Panneerselvam and Mr Madhusudhanan had earlier supported Ms Sasikala’s elevation as interim general secretary and now they were opposing the same before the commission.

Ms Sasikala’s counsels said she enjoys the support of majority of party delegates, MPs and MLAs and hence has a right over the symbol. They said since the majority was with her, there was no vertical split in the party.

The OPS camp has announced E Madhusudhanan’s name as its candidate for the bypoll in R K Nagar. T T V Dinakaran, AIADMK Deputy General Secretary and nephew of Sasikala, is the candidate of the other camp. Tomorrow is the last the date of filing nomination for the bypoll.