Raghavendra accused the Congress of unnecessarily creating a controversy. 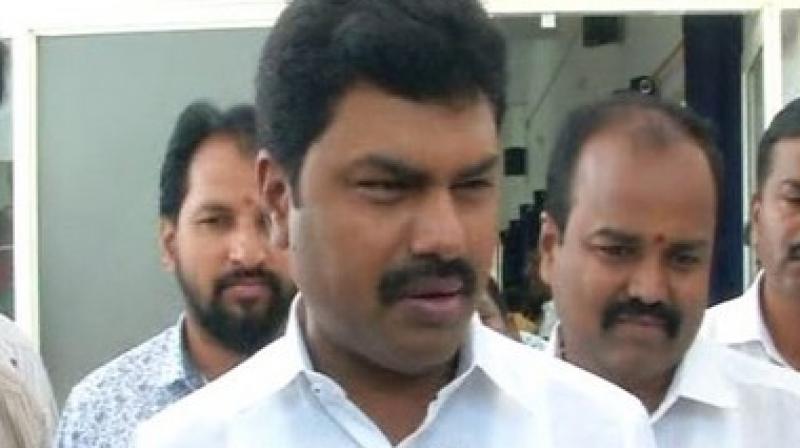 Raghavendra said, 'My father does not have a habit of writing in a dairy.' (Photo: ANI)

Shimoga: After Congress levelled corruption allegations against former Karnataka Chief Minister BS Yeddyurappa, his son BY Raghavendra came down heavily on the party on Saturday and demanded an investigation into the matter.

"This has become the joke of the year," Raghavendra told ANI while accusing the Congress of unnecessarily creating a controversy. "My father does not have a habit of writing in a dairy,” he added.

He further alleged that the creator of the controversy lacks common sense as his father would never sign the pages of his own diary and demanded that a fair inquiry must be conducted into the issue.

On March 22, citing a news magazine report, Congress spokesperson Randeep Singh Surjewala in a press conference alleged that BS Yeddyurappa's diary had a mention about the payments allegedly made to the BJP’s Central Committee which included Finance Minister Arun Jaitley, Home Minister Rajnath Singh and Shipping Minister Nitin Gadkari, besides the Prime Minister.