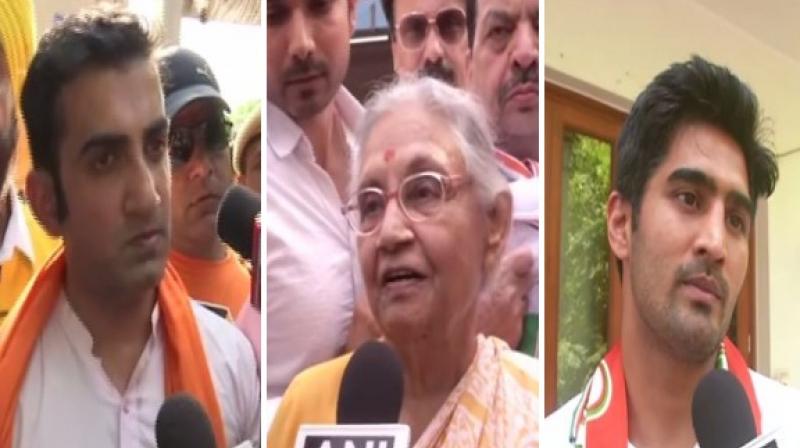 “Many people tweet on every issue but they do not come on the ground. BJP has given me the opportunity to implement my vision and thought,” Gambhir told reporters after filing nomination.

“If AAP had worked in the last four-and-half years then they would not have been so desperate about the alliance (with the Congress),” he said.

When asked about the alliance with AAP, she said: “If any situation like this comes, then we will let you know.”

“People love me because of boxing but I will also fulfil my responsibility of serving people as given by the Congress party,” he said.

“I am looking at many problems in South Delhi and I hope we will fix this. Where is Modi wave? I am not seeing anything like this. People now know the real face (of Modi),” he added.

Delhi, where seven Lok Sabha seats are at stake will go to poll on May 12. The counting of votes will take place on May 23.