Toys mould a child's mind, should be aligned with Indian values: PM Modi 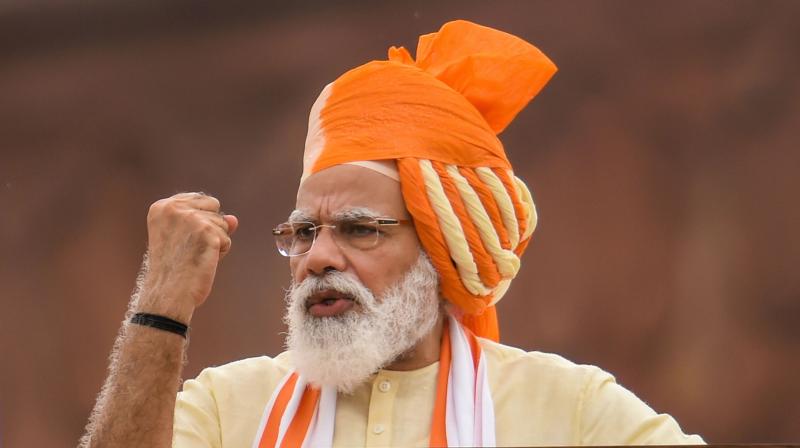 "India is home to several toy clusters and thousands of artisans who produce indigenous toys which not only have cultural connect but also help in building life-skills and psychomotor skills among children at an early age," said PM Modi.
He said such clusters should be promoted through innovative and creative methods.

Toys mould a child's mind and should be aligned with Indian values, according to the Prime Minister. He said toys should be used as pedagogical tools at Anganwadi centres and schools for all-round development of children, according to an official press release.

According to the release, the Indian toy market has huge potential and can bring a transformative change in the industry by promoting 'Vocal for Local' under Aatma nirbhar Bharat campaign. The Prime Minister said the focus should be on the use of technology and innovation and also towards manufacturing quality products that meet global standards.

He discussed the impact of toys on psychomotor/cognitive skills of children and how it can become a means for societal change thereby helping shape the future generation of the nation.

He even suggested that youth should be engaged to come up with innovative designs and toys that can instil a sense of pride towards national goals and achievements.

The Prime Minister said toys can be an excellent medium to further the spirit of 'Ek Bharat, Shreshtha Bharat' and exhorted that toys should reflect India's value system and culturally established environment-friendly approach.

He suggested using tourism as a tool to promote India's culture especially in regions which are renowned for handcrafted toys.

The Prime Minister also emphasised on the need to organise hackathons for youth for innovations in toy technology and design, including online games, to reflect Indian ethos and values.

Laying emphasis on fast-growing digital gaming arena, Prime Minister said India should tap the huge potential in this area and lead the international digital gaming sector by developing games that are inspired by Indian culture and folk tales.