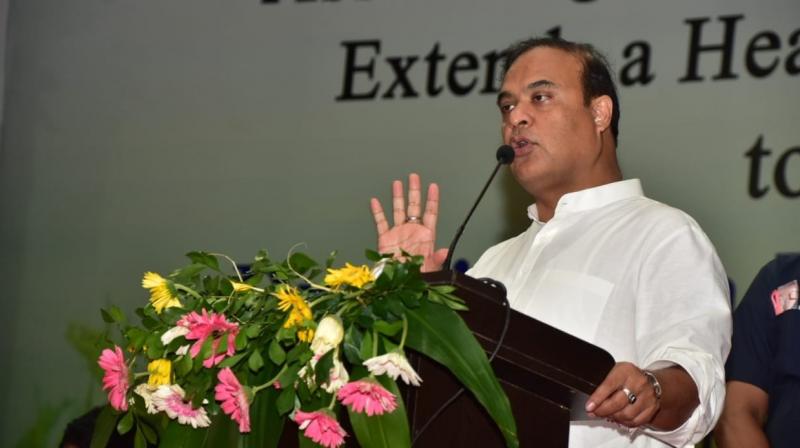 Guwahati: The Assam government alleged on Sunday that Mizoram officials entered its territory in Hailakandi and started constructing a bridge, in a fresh escalation between the two Northeastern states.

The incident took place on Friday when a few workers from Mizoram were trying to construct a bridge at Kachurthal in the Ramnathpur police station area, Hailakandi's Superintendent of Police Gaurav Upadhyay told PTI.

"The Officer In-Charge (OC) of Ramnathpur police station and his patrolling team immediately reached the spot and stopped the construction work, calling it a trespass by Mizoram as they had no authority to build a bridge on the Assam side," he said.

Upadhyay alleged that around 40-50 security personnel from Mizoram reached the bridge site on Saturday and few of them crossed to the Assam side "in complete violation of the joint statement issued by both states on August 5 to maintain peace in the border area".

The local police team from Assam urged the Mizoram security personnel to leave the Assam land, but they refused to do so, he alleged.

"In order to assert the position of Assam and to ask Mizoram forces to retreat from the Assam side of the bridge, a party of around 200 Assam Police personnel and commandos under my leadership and other senior officials reached Kachurthal on Sunday morning," Upadhyay said.

He, however, stated that being a responsible force, the Assam Police did not confront and gave the respective civil administrations a chance to amicably resolve the matter by stopping the construction on the unauthorised bridge and remove the force of Mizoram.

"The allegation of any theft by a disciplined force like Assam Police is absolutely concocted, baseless, malafide and devoid of any facts and is an attempt by Mizoram administration to divert the attention from main issue, that is illegal construction by Mizoram authorities on Assam soil," Upadhyay asserted.

The Mizoram government said that it has filed a case against personnel of the Assam Police for allegedly "stealing" construction materials from the bridge site, which it claimed to be in its territory.

Mizoram's Kolasib deputy commissioner H Lalthlangliana told PTI that personnel of the Assam Police entered the state's territory at Zophai near Bairabi town and allegedly stole some construction materials, including iron rods, from the bridge construction site on Friday.