Raut also said Uddhav Thackeray and Sharad Pawar would meet on Saturday and might also address the media together. 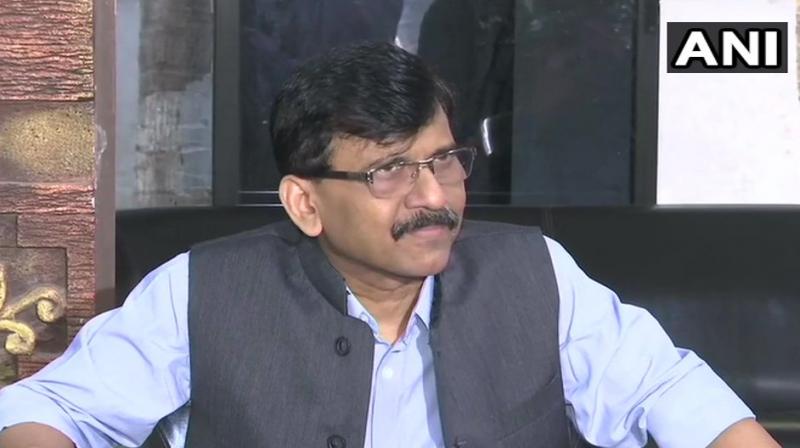 Mumbai: The Shiv Sena leader Sanjay Raut on Saturday said the NCP's Ajit Pawar has backstabbed the people of Maharashtra by joining hands with the BJP, reacting to the dramatic developments in Maharashtra when Devendra Fadnavis took oath as Chief Minister and Ajit Pawar as his deputy.

Addressing a press conference, Sanjay Raut said: “Shiv Sena and Sharad Pawar have got nothing to do with this. Sharad Pawar had no information. Ajit Pawar has backstabbed the people of Maharashtra. What Ajit Pawar has done will never be forgiven by Chhatrapati Shivaji and the people of Maharashtra. Ajit Pawar's place is inside Arthur Road Jail and now he will be deputy CM. What happens in dead of night is evil.”

He asserted that Ajit Pawar was active in the negotiations between Shiv Sena, NCP and Congress over the government formation yesterday.

"Till 9 pm yesterday, this gentleman (Ajit Pawar) was very active during the talks. Suddenly he disappeared after that. We were suspicious when he was not talking to us by maintaining eye to eye contact," Raut said.

Continuing his tirade against Ajit Pawar, the Shiv Sena leader said, "Uddhav Thackeray ji and Sharad Pawar ji are in touch and will also meet on Saturday. They might also address the media together. But the fact is that Ajit Pawar and the MLAs supporting him have insulted Chhatrapati Shivaji Maharaj and Maharashtra. People of Maharashtra will not forgive Ajit Pawar."

The BJP, which won 105 seats, forged an alliance with the NCP to garner the majority figure of 146, and formed the government. The NCP has 54 MLAs. Following this, President's Rule was revoked in the state.

NCP chief Sharad Pawar clarified that the decision of joining hands with BJP to form the government is of his nephew Ajit Pawar.

"Ajit Pawar's decision to support the BJP to form the Maharashtra Government is his personal decision and not that of the Nationalist Congress Party (NCP). We place on record that we do not support or endorse this decision of his," Sharad Pawar tweeted.

The BJP, which emerged as the single largest party, could not stake claim to form a government as its ally Shiv Sena, which won 56 seats, remained firm on rotating the Chief Minister's post and equal sharing of Cabinet berths.

The Governor had then invited NCP, the third-largest party, to prove its ability to form the government failing which President's Rule was imposed in the state on November 12.