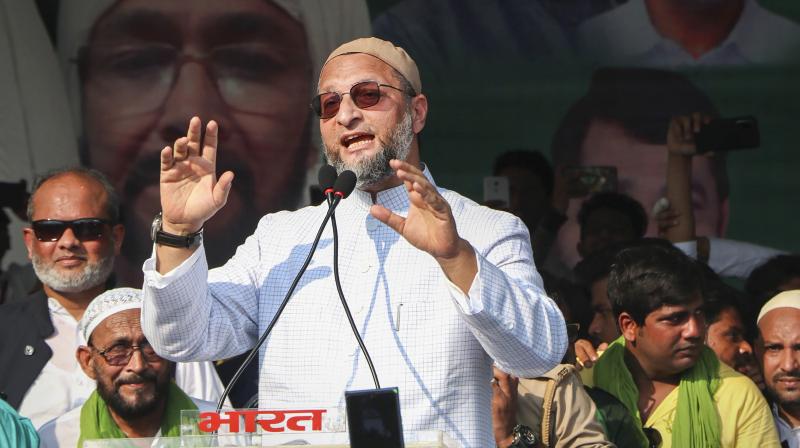 Mumbai: On the backdrop of recent communal violence in some parts of Maharashtra, the Mumbai Police on Tuesday denied permission to All India Majlis-e-Ittehadul Muslimeen (AIMIM) President Asaduddin Owaisi to hold a rally in the city.

Mumbai police’s move is seen as a precautionary measure to avoid communal flare-up as the state recently had witnessed violence in some cities. On November 12 and 13, violence was reported in the Nashik, Amravati, and Nanded districts of Maharashtra against alleged violence in Tripura.

Mumbai police said, “AIMIM chief Asaduddin Owaisi has not been permitted to hold a rally at BKC in Mumbai on November 27. The permission was not granted in wake of Covid-19 ban on public gatherings at MMRDA ground and recent violence in some districts of the state.”

The AIMIM was scheduled to hold a rally at the Mumbai Metropolitan Region Development Authority (MMRDA) ground at Bandra-Kurla Complex (BKC) on November 27 which was to be addressed by Mr Owaisi, his brother and MLA Akbar Owaisi, MP and Maharashtra president Imtiaz Jaleel.

Speaking in Aurangabad last week, Mr Owaisi had declared that his party will hold protests across Maharashtra for the implementation of Muslim reservations in the state.

The AIMIM is also planning to contest all seats in the upcoming Municipal Corporation polls in Maharashtra. According to Mr Owaisi, the party is having discussions regarding candidates’ selection and preparations for the polls are underway.