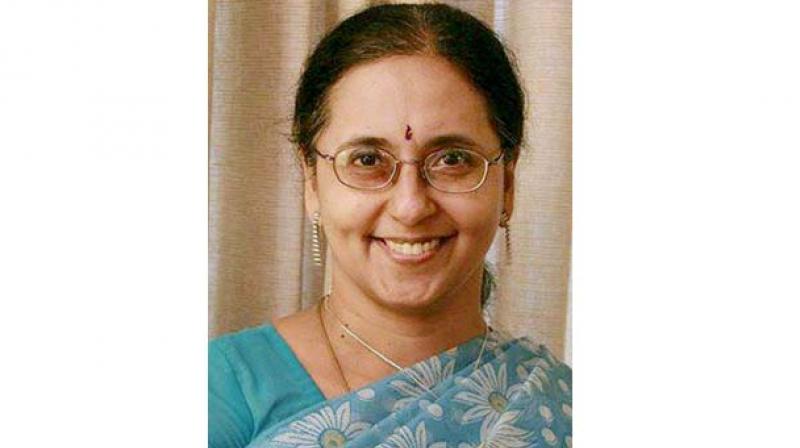 Chennai: Seasoned bureaucrat Dr. Girija Vaidyanathan, known for her no-nonsense approach, integrity, high competence and revolutionalising the public health system in Tamil Nadu, was on Thursday named as the chief secretary of the state. She replaced P. Rama Mohana Rao.

Mr Rao was removed unceremoniously from the top job after his continuance became untenable following I-T raids at the residences and offices belonging to him, his son and relatives on Wednesday. Immediately after he was sacked, Mr Rao was kept on wait list.

The appointment of Chennai-born Ms Vaidyanathan, a 1981-batch IAS officer serving as the commissioner of Land Administration in the rank of additional chief secretary, came even as raids at the premises belonging to Mr Rao and his relatives continued for the second day. Ms Vaidyanathan is the fourth woman chief secretary of Tamil Nadu after Lakshmi Pranesh, S. Malathi and Sheela Balakrishnan.

Ms Vaidyanathan had served as the health secretary from 2011-2012 during the tenure of late chief minister J. Jayalalithaa and was also the mission director of State Rural Health Mission. She was overlooked twice when K. Gnanadesikan and his successor P. Rama Mohana Rao were appointed as chief secretaries in 2014 and 2016 respectively.

Ms Vaidyanathan faces the arduous task of steering the bureaucracy, whose reputation has hit its lowest ebb as two of her predecessors are in the dock. She holds a doctorate in health economics from IIT, Chennai and joined the IAS in 1981.

Ms Vaidyanathan has held varied positions in departments like health, education, agriculture, transportation and state planning. She had served in the finance department for eight years.

During her tenure as mission director of the State Health Society, Tamil Nadu, she received the award for best performance among the Non EAG states. Ms Vaidyanathan is widely credited for revolutionising the public health system with specific focus on improvement of maternal care and child health in Tamil Nadu.