In new twist, Sasikala kin hints at truce with OPS

The DMK planned to create a clash in the Assembly to enable the dissolution of the Assembly. 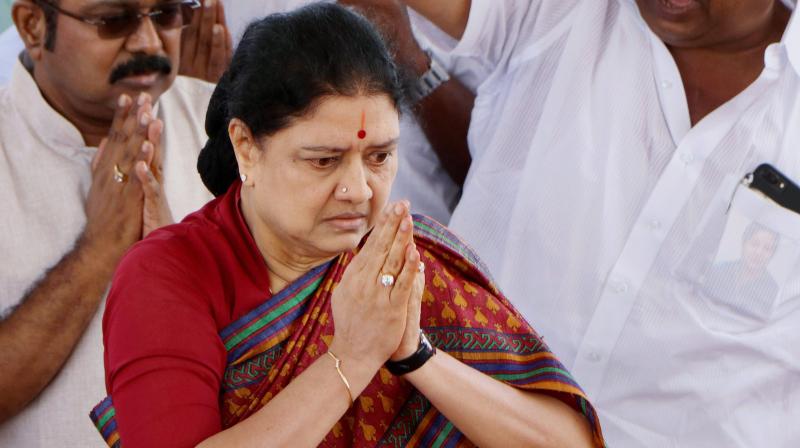 Chennai: Declaring that the DMK is the sole rival for the AIADMK, party’s new deputy general secretary T.T.V. Dinakaran on Thursday invited all AIADMK leaders, including former chief minister O. Panneerselvam, who split from the party. Mr Dinakaran is the nephew of current AIADMK chief Sasikala.

Mr Dinakaran, who took over as the deputy general secretary following his appointment to the post by general secretary V.K. Sasikala on February 14, had been credited with introducing Mr Panneerselvam to Jayalalithaa when the former was Periyakulam MP. In a interview to a Tamil bi-weekly after Panneerselvam started opposing Sasikala vehemently, he referred to Dinakaran as ‘MP sir’ and gratefully recalled the incident of Dinakaran introducing him to Jayalalithaa.

In his first media briefing, Mr Dinakaran said the party’s general secretary had been nominated as per the party’s constitution and she has powers to appoint anyone to any post. Asked if he would contest in R.K. Nagar bypoll, the former MP said he would be decided by the party.

The DMK planned to create a clash in the Assembly to enable the dissolution of the Assembly. Accusing DMK working president M.K. Stalin of splitting Panneerselvam from the party, Dinakaran asserted that their dreams would be shattered.

Dinakaran said he would not follow family rule in the party and none of his partymen has dominated the party so far. Admitting that he was asked to stay away from the party by former Chief Minister J. Jayalalithaa, Dinakaran said he was made the deputy general secretary since it was required. Asked about the opposition to the AIADMK among the public, he said it was a false propaganda carried out by the DMK.