Reacting to the development, BJP's state unit chief said it was a victory of the democracy. 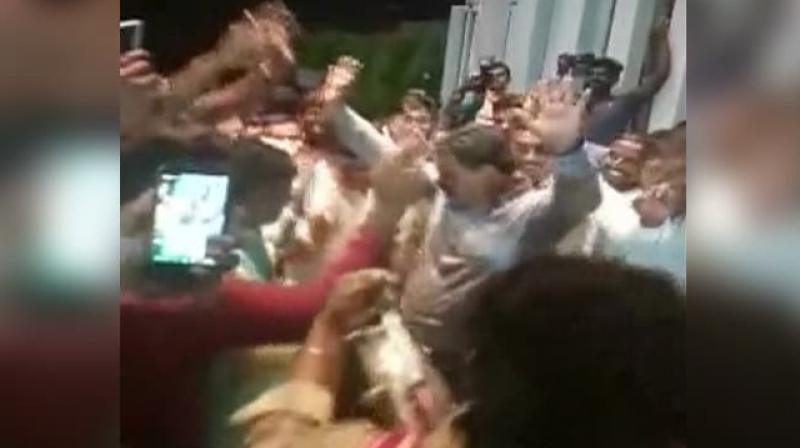 Bengaluru: BJP legislator was seen dancing with his supporters in Bengaluru soon after the Congress- JD(S) coalition government in Karnataka lost the floor test on Tuesday evening.

Renukacharya, the legislator, attended a legislature party meeting at a hotel in Bengaluru hours after voting against the coalition government in the state assembly. As he stepped outside, he was surrounded by a group of party supporters, who urged him to join them in the celebration.

However, fireworks also were lit outside the hotel.

Reacting to the development, BJP's state unit chief said it was a victory of the democracy.

"It is victory of democracy. People were fed up with Kumaraswamy government. I want to assure people of Karnataka that a new era of development will start now," he said.

After weeks of uncertainly following the resignation of 16 lawmakers from the state assembly, the Congress-JD(S) government finally collapsed after it failed to prove its majority in the House. The coalition cobbled up only 99 votes in comparison to the 105 votes of the BJP.

It is likely that the BJP would form the government.

Karnataka, which was formed in 1956, has seen only three chief ministers completing their five-year tenures. S Nijalingappa (1962-68), D Devaraja Urs (1972-77) and Siddaramaiah (2013-2018) were the chief ministers who had completed their full term.