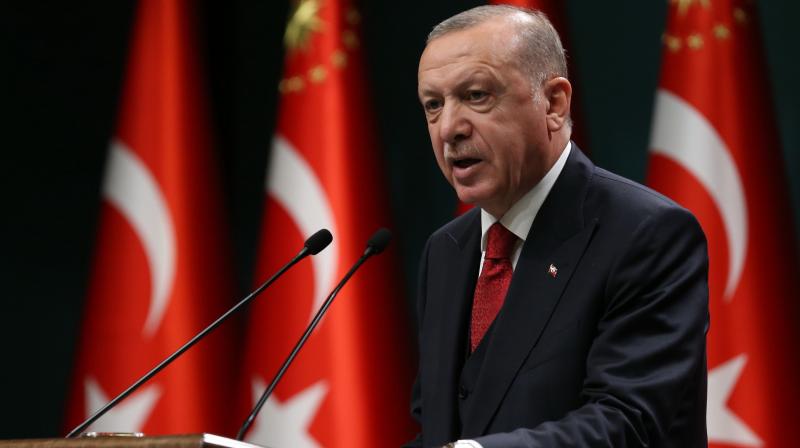 India on Wednesday registered a strong objection to the comments made  by President of Turkey,   Recep Tayyip Erdogan, on Jammu and Kashmir at the United Nations General Assembly during which he had termed Kashmir a `burning issue'. India said his remarks constitute gross interference in India’s internal affairs and that Turkey should reflect on its own policies more deeply.

“We have seen the remarks by the President of Republic of Turkey on the Indian Union Territory  of Jammu and Kashmir. They constitute a gross interference in India’s internal affairs and are completely unacceptable. Turkey should learn to respect the sovereignty of other nations and reflect on its own policies more deeply,” India’s Permanent Representative in the United Nations in New York said.

In his virtual address during the UNGA debate, President Erdogan said the Kashmir “conflict”  is a “burning issue” and “steps taken following the abolition of the special status of Jammu-Kashmir further complicated the problem.” He further said “We are in favour of solving this issue through dialogue within the framework of the UN resolutions and especially in line with the expectations of the people of Kashmir.”