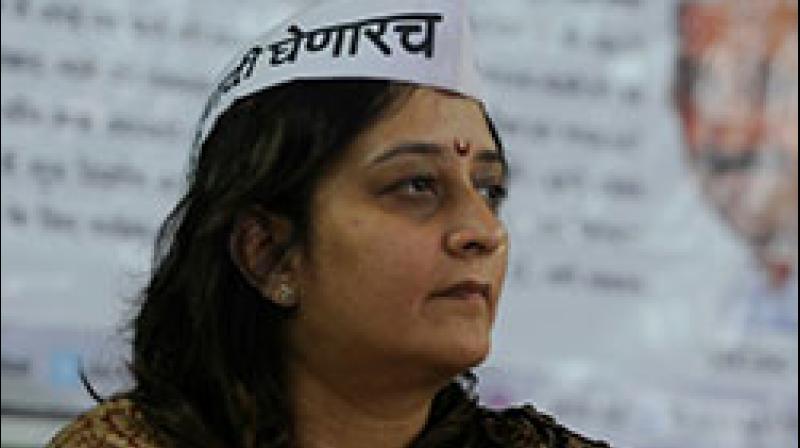 Jalna: Aam Aadmi Party (AAP) spokesperson Preeti Sharma Menon on Monday alleged that Maharashtra Chief Minister Devendra Fadnavis has "shielded" corrupt politicians and even inducting them into the BJP in the poll-bound state.

Addressing a press conference here in Marathwada region, the AAP leader said it appears that the corrupt politicians from the Congress and the NCP have "washed their misdeeds" after joining the BJP.

"They have become clean after joining the BJP," she said sarcastically. Sharma Menon alleged the CM didn't act on the AAP's complaint to take action against certain corrupt politicians spanning BJP, Shiv Sena, and NCP.

"The AAP had complained against Sena minister and Jalna Agriculture Produce Market Committee (APMC) president Arjun Khotkar forcommitting irregularities, but the CM did nothing. In 2016, the AAP had complained that Khotkar was involved in a scam worth more than Rs 500 crore. He had fraudulently taken over more than 200 shops in Jalna and distributed them amongst his family members and friends," she claimed.