On the other hand, the Nationalist Congress Party late on Saturday moved 44 MLAs to Renaissance Hotel here on Saturday. 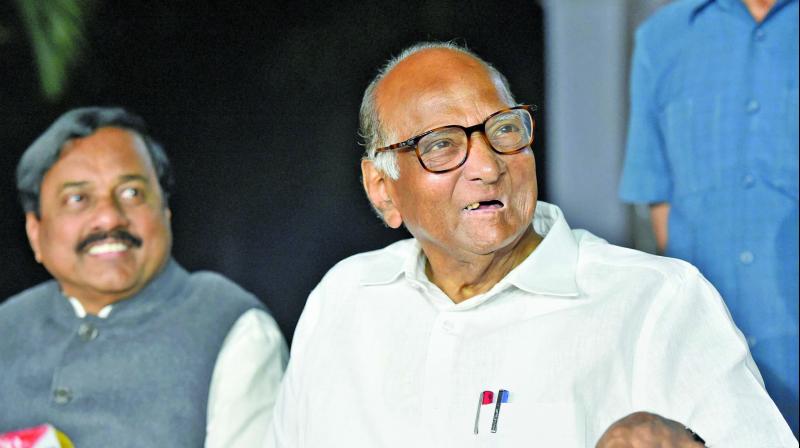 Following the meeting with NCP chief, Kakade said that he "met Pawar for personal reasons".

The meeting between Kakade and NCP chief comes ahead of Supreme Court hearing on a joint plea of Shiv Sena, NCP and Congress against the decision of Maharashtra Governor inviting BJP's Devendra Fadnavis to form the government.

At a time when deliberations among Congress, NCP and Shiv Sena on the formation of a non-BJP government in the state had seemingly reached the final stage, the BJP formed the government in a surprise development on Saturday morning.

In a ceremony held at Raj Bhawan, Devendra Fadnavis took oath for the second consecutive term as the state's Chief Minister, while Ajit Pawar of NCP was sworn-in as deputy chief minister.

On the other hand, the Nationalist Congress Party late on Saturday moved 44 MLAs to Renaissance Hotel here on Saturday.