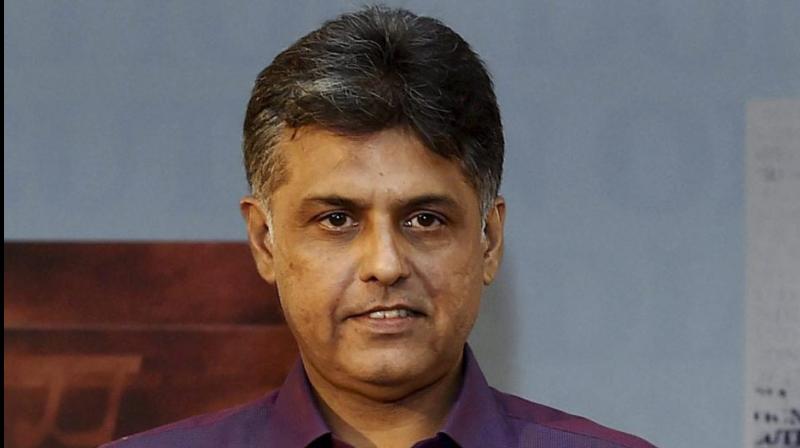 Manish Tewari hit back at the BJP for targeting his party over the 26/11 excerpt from his new book. (PTI)

New Delhi: Congress Lok Sabha MP and former union minister Manish Tewari stirred a hornet's nest with excerpts from his upcoming book Rs 10 Flashpoints: 20 years-National Security Situations That Impacted India’ that is set to be released on December 2. The part, which was shared by Tewari on twitter, said the book “objectively delves into every salient national security challenge India has faced in the past two decades”.

In the excerpts it was clear that the former Union minister struck a discordant note with the reaction of the then UPA government after the 26/11 Mumbai terror strikes and was in favour of a tougher reaction.

The relevant excerpt on the 26/11 Mumbai attack read, “For a state that has no compunctions in brutally slaughtering hundreds of innocent people, restraint is not a sign of strength; it is perceived as a symbol of weakness. There comes a time when actions must speak louder than words. 26/11 was one such time when it just should have been done. It, therefore, is my considered opinion India should have actioned a kinetic response in the days following India’s 9/11.”

The BJP which ripped into the Congress and Khurshid for his book has also slammed Tewari's book, calling it a "confession of the failures of the Congress".

The section drew sharp tweets from BJP’s Amit Malviya, who tweeted, “After Salman Khurshid, another Congress leader throws UPA under the bus to sell his book. Manish Tewari in his new book slams the UPA for weakness in the name of restrain post 26/11. Air Chief Marshal Fali Major is already on record saying IAF was ready to strike but UPA froze."

Manish Tewari hit back at the BJP for targeting his party over the 26/11 excerpt from his new book. He tweeted, “I am rather amused at @BJP4India reaction to one excerpt from a 304-page book that tries to dissect responses to National Security Situations that Impacted India. I wonder would they react similarly to some ‘hard analysis’ about their handling of the National Security Remit also?”