The Rajya Sabha witnessed a brief adjournment when the Samajwadi Party’s Ramgopal Yadav raised the issue. 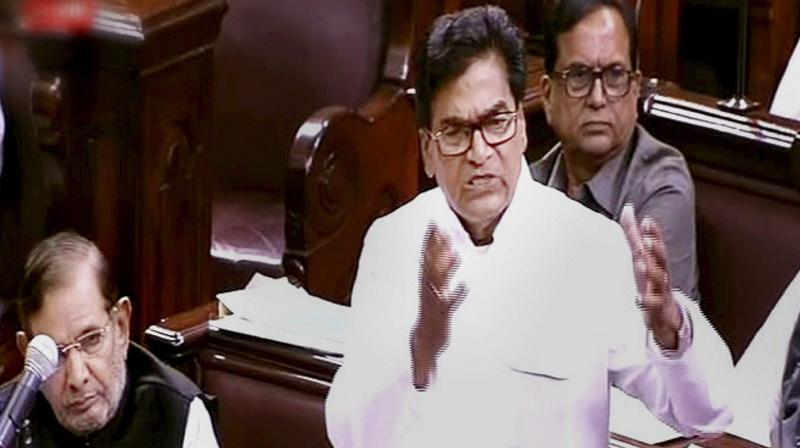 New Delhi: Rejecting the Opposition’s charge that replacing the National Commission for Backward Classes with the National Commission for Socially and Educationally Backward Classes (NCSEBC) was part of the government’s “larger conspiracy” to do away with reservation to dalits, the BJP-led Central government said on Friday that it had always been a supporter of reservation to these communities, and would continue to remain so.

The chairperson of the parliamentary committee for the welfare of the OBCs, Ganesh Singh, rejected the charges, and claimed that the Narendra Modi government was committed to protecting the rights of the OBCs and to empowering them.

The Rajya Sabha witnessed a brief adjournment when the Samajwadi Party’s Ramgopal Yadav raised the issue. Without naming the RSS, he alleged that the move was guided by the philosophy of the ruling party’s “fountain head” that reservation should end, leaving the backward classes feeling cheated.

Other Opposition members supported him while SP members rushed into the Well of the House and shouted anti-government slogans, forcing deputy chairman P.J. Kurien to adjourn the proceedings for 10 minutes.

“Since the time of Jan Sangh, we have been a supporter of reservation to these communities and will continue to be a supporter,” the minister said, while adding that the government has taken a decision to give constitutional status to the commission for OBCs, giving it the same rights as the commission for SCs and STs.

Rejecting the minister’s statement, Mr Yadav said the OBC commission was disbanded, and that this was a conspiracy to end reservation.

Chairperson of Parliamentary committee on welfare of OBC, Ganesh Singh also rejected opposition’s assertion saying finally the Commission has been given power to act against any misdoings against the OBCs. Mr Singh said Modi government’s commmitment to safeguard the interest of the OBC community can be gauged from the fact that the issue was taken up before the PM on Monday and on Thursday Union Cabinet cleared the NCSEBC having constitutional status on par with the panels for SCs and STs.

“ Opposition unnecessarily raised this issue (in Rajya Sabha). I think it has become a habit of the opposition to criticise anything and everything that Modi government does, without even checking the facts first,” said Mr Singh.

The Upper House also expressed concern over the killing of an Indian woman and her seven-year old son in the US Thursday night and demanded that the matter should be taken up by the Prime Minister with the American President.