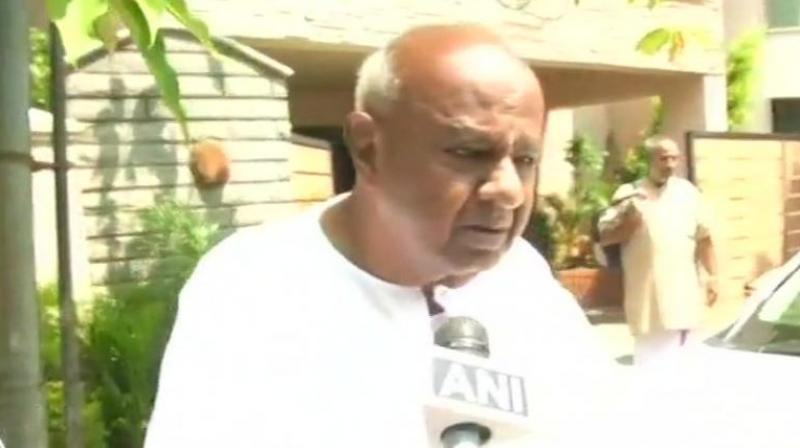 With two days left for filing of nominations for the first phase of polls in Karnataka, the Congress on Monday said that its coalition partner JD(S) has conceded the Bangalore North Lok Sabha seat to the party. (Photo: File)

Bengaluru: With two days left for filing of nominations for the first phase of polls in Karnataka, the Congress on Monday said that its coalition partner JD(S) has conceded the Bangalore North Lok Sabha seat to the party.

"Indian National Congress is thankful to Shri H D Deve Gowda ji and the JD(S) for their kind gesture of giving back the Bengaluru North Lok Sabha seat to the Congress. Together, let us reclaim democracy," Venugopal said in a post on his Facebook page.

Tuesday is the last date for the filing of nominations for the first phase of Lok Sabha polls in the state to be held on April 18.

Bangalore North will go for polls in the first phase. Bangalore North is one among the eight seats that the JD(S) had got in a seat-sharing deal with the Congress that will contest in 20 out of total 28 seats in the state.

The move by JD(S) to concede the Bangalore North seat to the Congress comes after Deve Gowda on Saturday made official his decision to contest polls from Tumkur.

Though there was pressure within the JD(S) for their party supremo to contest from Bangalore North, it was apprehensive about Congress' complete support there as most party's MLAs there are considered close to Gowda's bete noire Siddaramaiah.

It was feared that the MLAs may seek to take revenge for the former Chief Minister's defeat from Chamundeshwari in the 2018 assembly polls.

According to sources, the JD(S) decided to give up the seat to the Congress on not finding any suitable candidate in the party from the seat.

The Congress will now have to find a candidate to contest from the seat. Union Minister D V Sadananda Gowda, who was representing the seat from BJP, has been fielded once again by the party from the constituency. He filed his nomination on Monday.