Cong will contest on 9 out of 39 parliamentary seats in TN along with the sole seat in Puducherry, while its ally DMK will contest 20 seats. 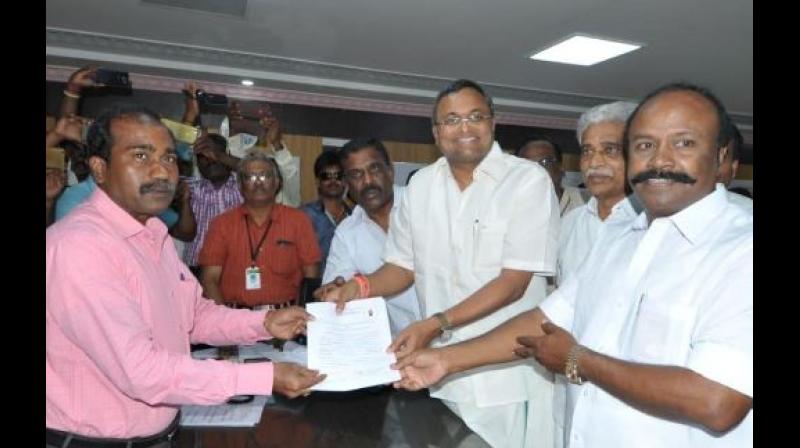 "The ‘formidable’ Secular Progressive Alliance, crafted under the leadership of Dravida Munnetra Kazhagam (DMK) president MK Stalin will win all the seats in Tamil Nadu and Puducherry," Chidambaram said, who had unsuccessfully contested from Sivaganga in 2014 Lok Sabha polls.

On cases against him and his father Chidambaram, Karti said: “My father is a vehement critic of this ‘fascist’ government. Since the BJP government at the Centre can’t answer his questions and charges, they have slapped false cases against our family.”

“I face no proceedings in any court of law and I have no cases against me,” he told ANI.

Congress will contest on 9 out of 39 parliamentary seats in Tamil Nadu along with the sole seat in Puducherry, while its ally DMK will contest 20 seats. Tamil Nadu goes to polls on April 18.