'We will open talks with Pakistan during which we will insist on discussing terrorism,' read the manifesto. 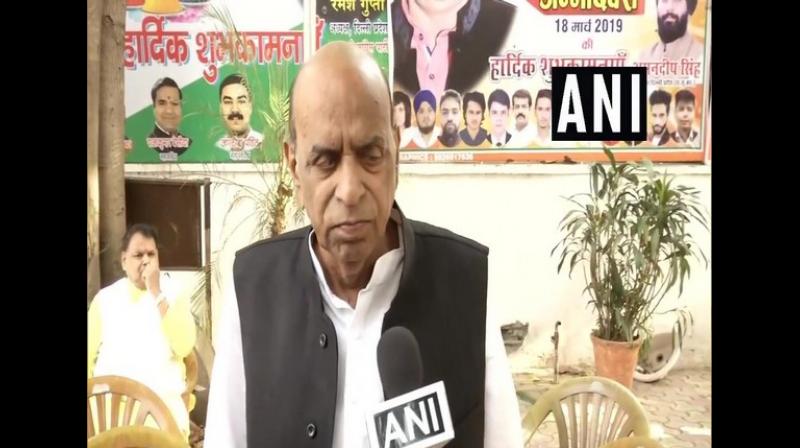 New Delhi: Nationalist Congress Party (NCP), which is contesting on 22 Lok Sabha seats in Maharashtra out of 48, released its manifesto named 'Aao Milkar Desh Banaye' here on Monday ahead of the ensuing Lok Sabha elections.

While releasing the manifesto, NCP general secretary DP Tripathi said: “It is necessary to strengthen our stand in global circumstances. Hence, the pathway of talks should never be closed. I don't say dialogues will immediately resolve the situation, but it'll lessen the problems”.

Taking a dig at the Narendra Modi-led Government on its foreign policy, the manifesto stated: "It is important to at least continue working relations with Pakistan as we have with Nepal, Bhutan, Bangladesh and Maldives. The reason for the crisis in foreign policy is due to the current Government moving away from the principles set up by our founding Prime Minister Jawaharlal Nehru. We will follow the Panchsheel philosophy which has worked for us well".

On the issue of national security, NCP manifesto said: “Our endeavour will be to bring the youth into the mainstream and thereby prevent them from falling prey to radicalisation. Stern action will be taken against those engaged in radicalising youth. This declaration has been made in the view of Jammu and Kashmir and a prolonged turmoil situation there.”

"The NDA Government, in five years, has failed miserably to contain terrorism. In these five years of NDA rule, there have been three terror attacks on military and paramilitary forces and no one is held accountable" the manifesto added.

Apart from core traditional issues like farmers' distress, unemployment and job losses, issues like foreign policy, national security and defence also got a considerable space in the manifesto.