Mayawati is a fused transformer: UP Minister Suresh Khanna

Khanna reacted to question on Mayawati's scheduled rally in Shahjahanpur. 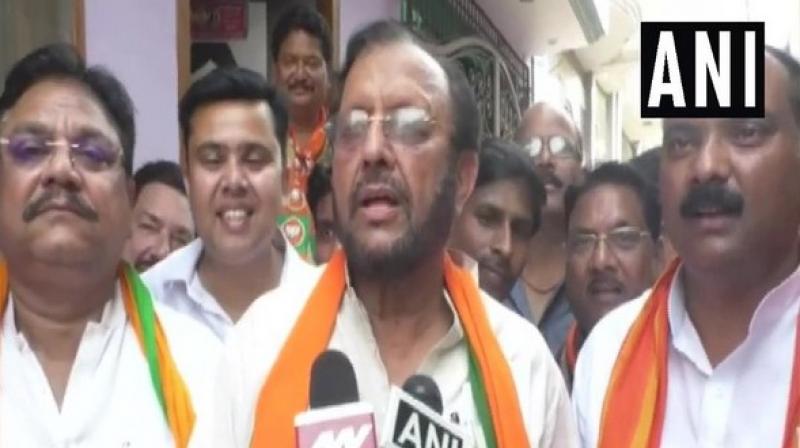 Khanna, who was asked to react on Mayawati's scheduled rally in Shahjahanpur said, "See, they all fused transformer. If you connect a wire to a fused transformer, it will neither light a bulb nor turn on a fan. Neither will you get water nor air. So there is no point in discussing it. Why should we discuss a fused transformer?"

SP-BSP-RLD are fighting the ensuing Lok Sabha polls in Uttar Pradesh as allies. As per the seat-sharing agreement, SP is contesting 37 seats and BSP 38.

Three seats have been given to the RLD--Mathura, Muzaffarpur, and Bagpat. Two seats--Rae Bareli and Amethi--have been left for the Congress.

Uttar Pradesh, where 80 Lok Sabha seats are at stake, is undergoing polls during all seven phases. The counting of votes will take place on May 23.